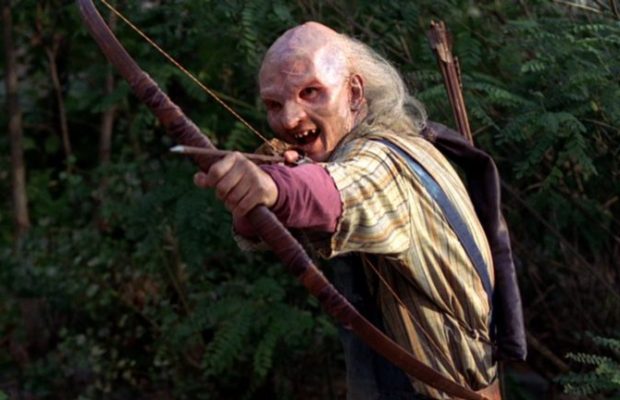 We’ve already reported earlier this week that the Wrong Turn series was getting a new film – potentially a reboot. It’s now been confirmed by Deadline that the movie is in fact a reboot, and will also be penned by the original film’s writer Alan McElroy. It’s also been officially announced that Mike P. Nelson is directing.

The Wrong Turn franchise has currently gone on for six films. The first had a theatrical release in 2003 while the last film went direct-to-video in 2014. As such, fans of the series are eager to see Wrong Turn receive a proper big budgeted makeover.

As for the reboot’s plot…

“The updated version is described as a timely and topical meditation on society and its issues. A cross-country hiking expedition puts a group of friends in the land of an inclusive society, where they soon discover they are under a different rule of law, and may not be the victims they thought they were.”

Martin Moszkowicz will executive produce. Robert Kulzer is attached as a producer. According to Kulzer,

“Alan’s reinterpretation of his own work and Mike’s vision are a frightening reflection of our world today: one person’s American dream is another’s worst nightmare.”

Definitely sounds interesting, let’s just not forget to include a few deranged cannibalistic mountain men with the satirical bits. After all, we don’t want this movie to do with cannibals what George Romero did to his zombies in Diary or Survival of the Dead. That’s not to say satire couldn’t work, however. The original two Texas Chainsaw Massacre films were great satirical pieces while also boasting horror or even comedy. Maybe this new Wrong Turn can do the same. Besides, it’d be nice to see a big gory cannibal flick on the big screen. Texas Chainsaw 3D sure didn’t fill that void, and I can’t think of any that have been out since then.

How do you feel about the plans for the Wrong Turn remake? Are you excited to see the original writer return? Let us know in the comments section down below!