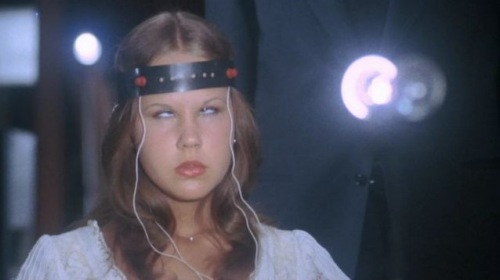 When The Exorcist became a global success upon its release in 1973, everyone thought a sequel could only be the best thing ever. Finally, four years later in 1977, John Boorman’s Exorcist II: The Heretic was released. It was a box office failure hated by critics and fans alike, almost totally ruining the reputation of the franchise right then and there.

Now William Friedkin, director of the original The Exorcist, has revealed his thoughts on the film. And, understandably, he hated every minute he managed to sit through.

“I tell you, I did see a great deal of Exorcist II, under the following circumstances. I was at the Technicolor lab, color timing something, and one of the timers said, ‘We just finished Exorcist II, would you like to have a look at it?’ And I don’t know why, but I went into the room and I sat through maybe 40 minutes of it,” Friedkin told the podcast The Movies That Made Me, via Entertainment Weekly.

He continued, “It’s the worst piece of shit I’ve ever seen. It’s a fucking disgrace. And God, what a cast it had — Richard Burton, and Max von Sydow, and Louise Fletcher, plus Linda Blair. James Earl Jones. That’s the worst 40 minutes of film I have ever seen, really, and that’s saying a lot.”

He definitely has every right to be upset. The movie really does misfire in almost every way possible. Admittedly, however, I think there’s still a fun B-Movie appeal to the flick. And besides, the soundtrack by Ennio Morricone is outstanding! Definitely worth checking out. So although the movie might be a disgrace – it definitely has a few merits to be thankful for.

What are your thoughts on The Exorcist II? Is it an underrated guilty pleasure, or absolute trash? Let us know in the comments section down below!