‘Trilogy of Terror II’ is Being Remastered for Blu-ray 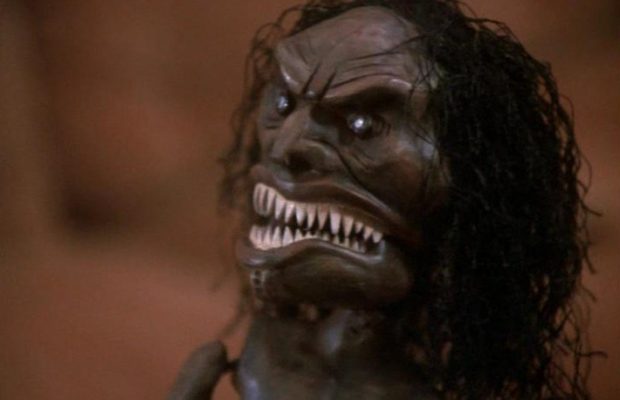 According to Dawn of the Discs,

“Michael Felsher and Frank Tarzi have confirmed that @KLStudioClassic will be releasing a new Blu-ray of 1996’s Trilogy of Terror II with a brand new scan from the original film elements! Release date is TBA.”

The film features “Three short tales of terror including: a woman’s encounter when attempting to rob a grave; the story of a woman who summons her son back from the dead; and a tale of an African doll who comes to life.”

It’ll be great to see this film remastered in high-definition alongside its predecessor. While it’s arguably just an inferior version of the original, I had great memories watching it on TV as a kid. One segment that really stuck with me was the second story, which focused on a kid coming back from the dead. Naturally, however, he’s not entirely human. It’s maybe a little predictable, but gorgeously shot and directed as is the rest of the film.

As such, I can’t wait to see the film remastered and preserved for new audiences. Let’s hope they make it a 4K transfer with plenty of bonus features! It’s a shame Dan Curtis is no longer alive to contribute, but at least it’ll be another great reminder of his legacy. On a side note, Kino Lorber released both of his Kolchak movies last October as well!

***NEW TITLE ANNOUNCEMENT***
Michael Felsher and Frank Tarzi have confirmed that @KLStudioClassic will be releasing a new Blu-ray of 1996’s “Trilogy of Terror II” with a brand new scan from the original film elements!
Release date is TBA pic.twitter.com/uQxtoRFAz0

How do you feel about Kino Lorber remastering Trilogy of Terror II to go alongside the 1975 original? Do you like the film? What other films would you like to see the company remaster for Blu-ray? Let us know in the comments section down below!