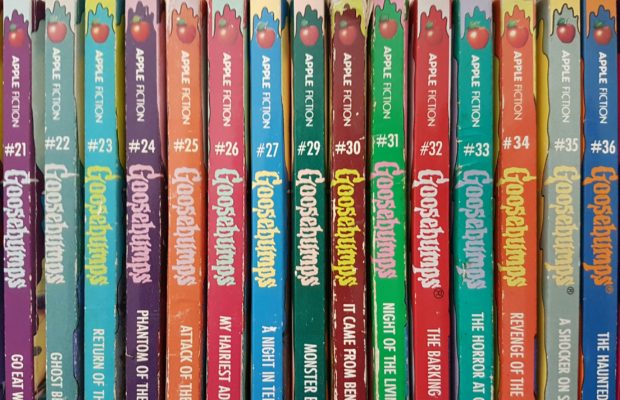 “Collectors beware… You’re in for a scare!”

After 25 years, R.L. Stine’s Goosebumps franchise continues to expand and I honestly can’t remember a point where it was not in my life in one way or another. The TV show, in particular, became the gateway for so many other discoveries for me in terms of taste as well as defining my own style down the road. It’s been easily the biggest influence on what I’ve wanted to do since I was around 5 or 6 and still pops up in my head all the time.

One of the more fascinating aspects of the Goosebumps franchise to me was the seemingly endless merchandising. Even at that young age, I marveled at the variety of products that lined the shelves in every store. Pencils, staplers, pillows and blankets, underwear, video games, swimming goggles, hand puppets, T-shirts, coloring books, soda cans, fast food kids meal toys, board games. The list was endless. Being a scary themed anthology franchise, it lent itself to various popular characters being brought to life with the celebration and creativity of Halloween so of course various companies put out numerous Slappy The Dummy costume packs and very low run latex masks. 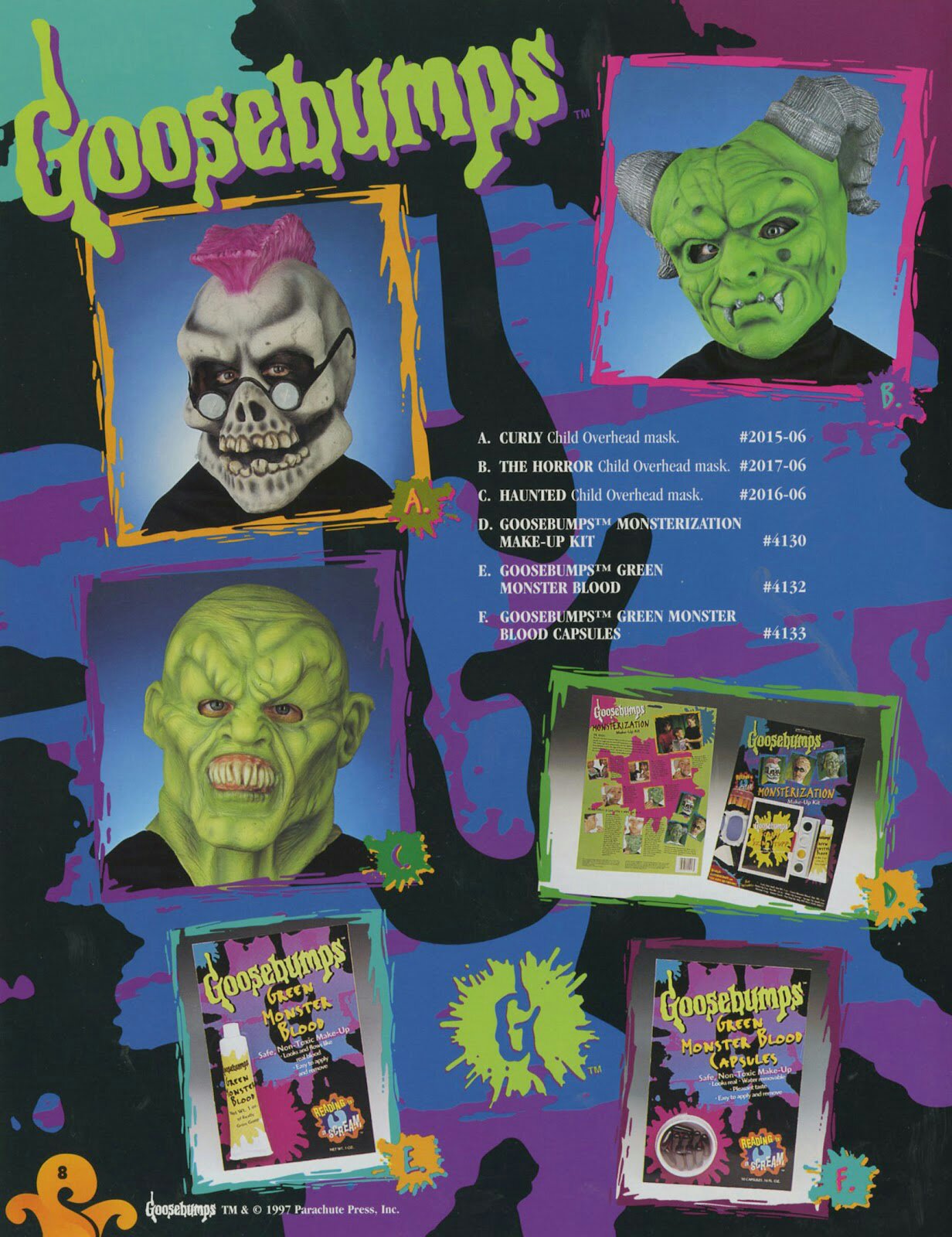 The designs were almost always based on the book artwork rather than the Goosebumps TV series and it didn’t satisfy my thirst for my very own Haunted Mask or Slappy the Dummy from the show. 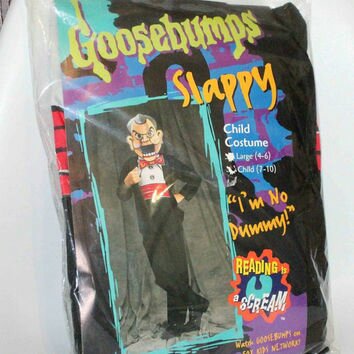 That is, until last year, when masters of Halloween costume licensing Trick or Treat Studios (known worldwide for their attention to detail and amazing sculpters) collaborated with Scholastic to bring us THE definitive retail Haunted Mask deluxe replica mask. 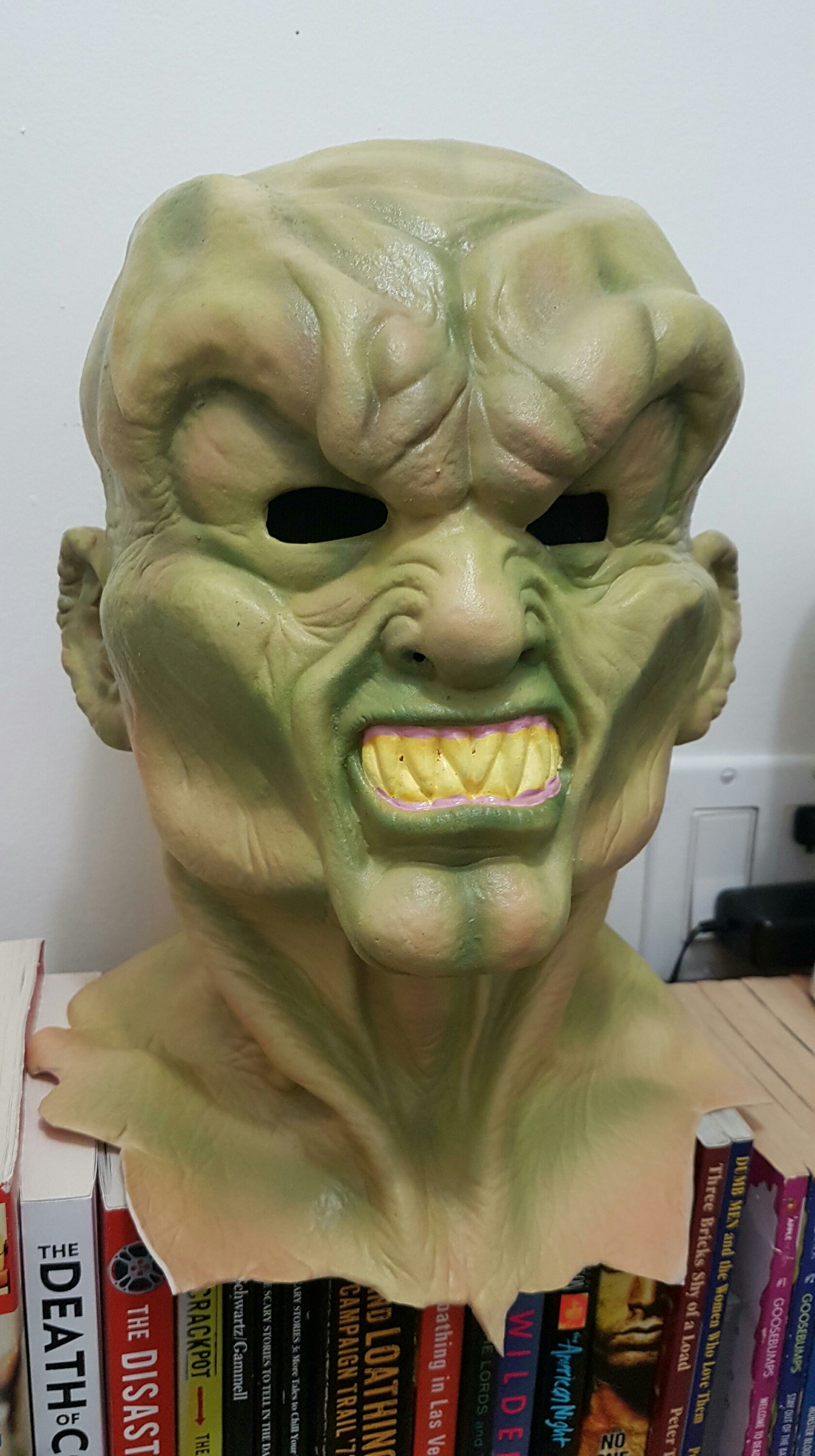 Ten-year-old me literally shit a brick when this first arrived. The attention to detail in both sculpting and paint is breathtaking for a mass-produced mask like this. I couldn’t believe it was really in my hands after twenty plus years of looking at various overpriced custom-made replicas thinking it was only some pipe dream. 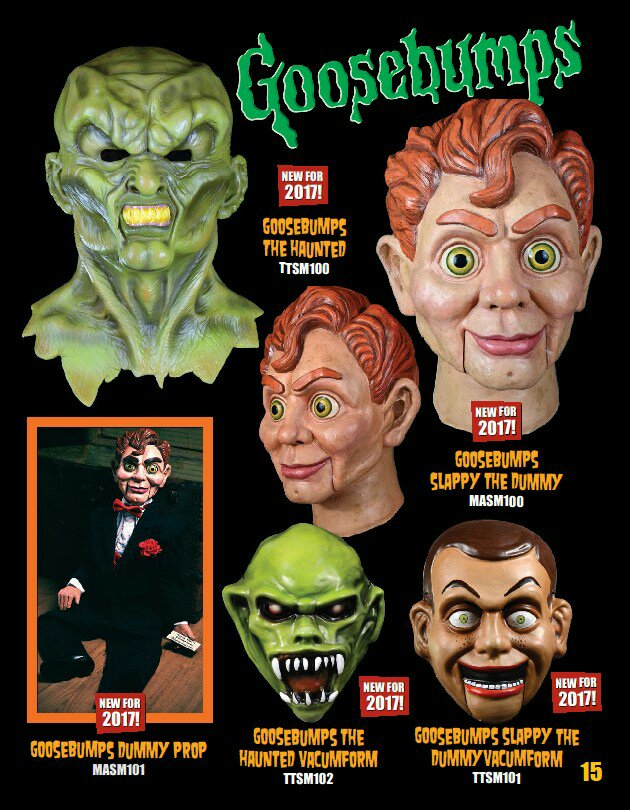 If that wasn’t enough, TOTS also unveiled a Slappy the Dummy prop, a Slappy deluxe latex mask as well as vacuform mask versions of The Haunted Mask and Slappy based on the book artwork, so there was something for every fan to get excited about. 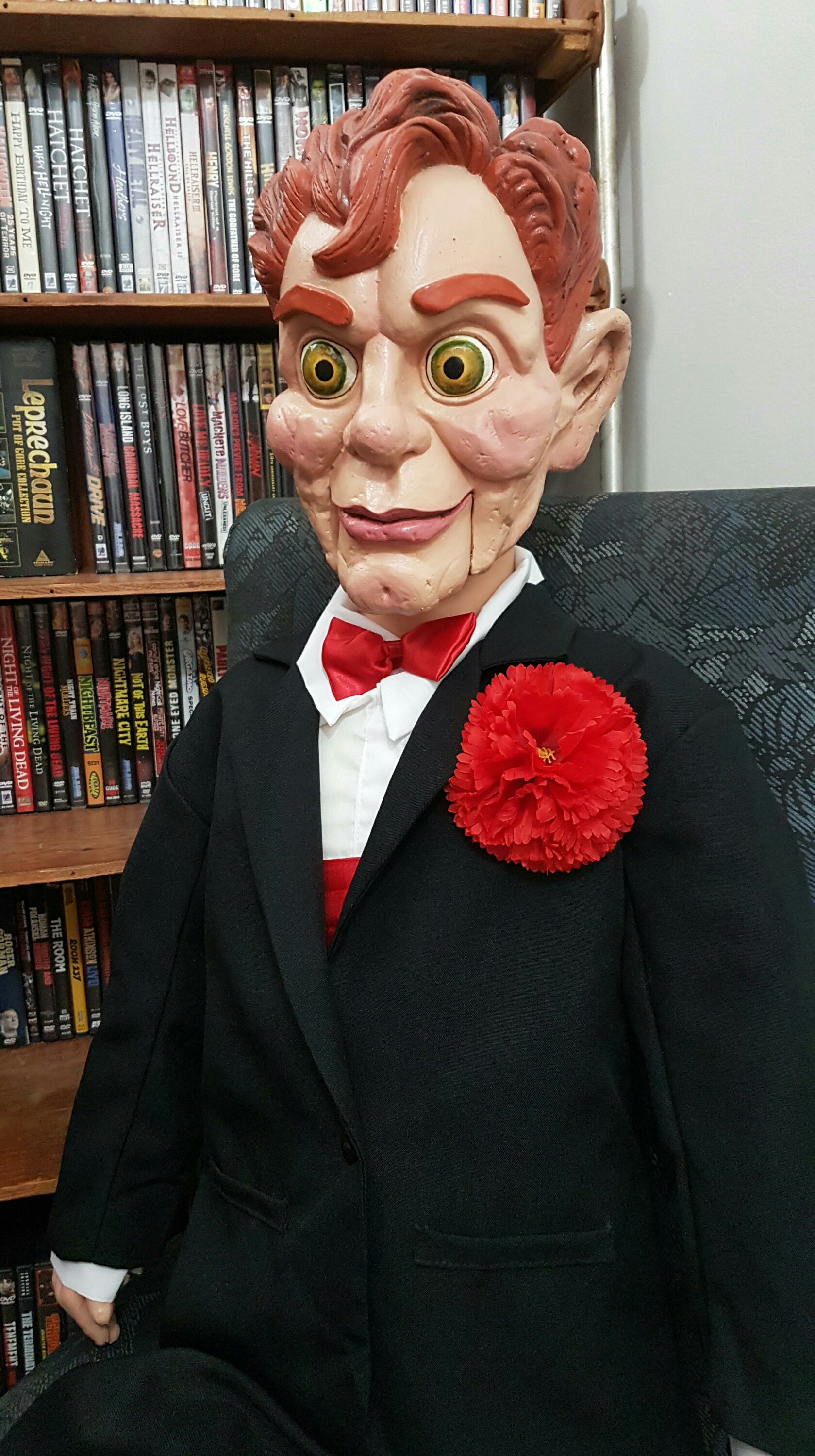 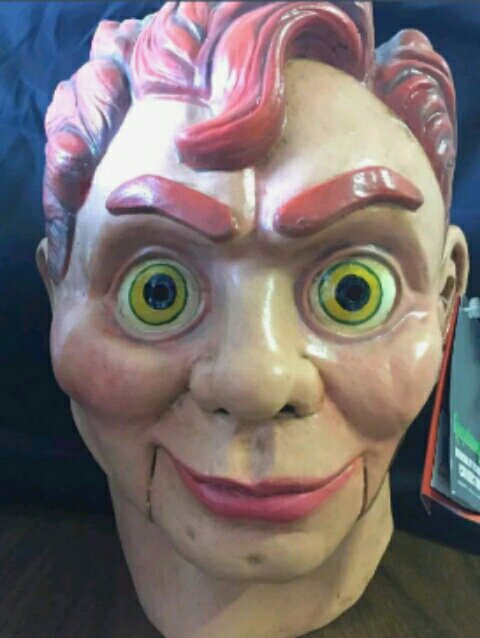 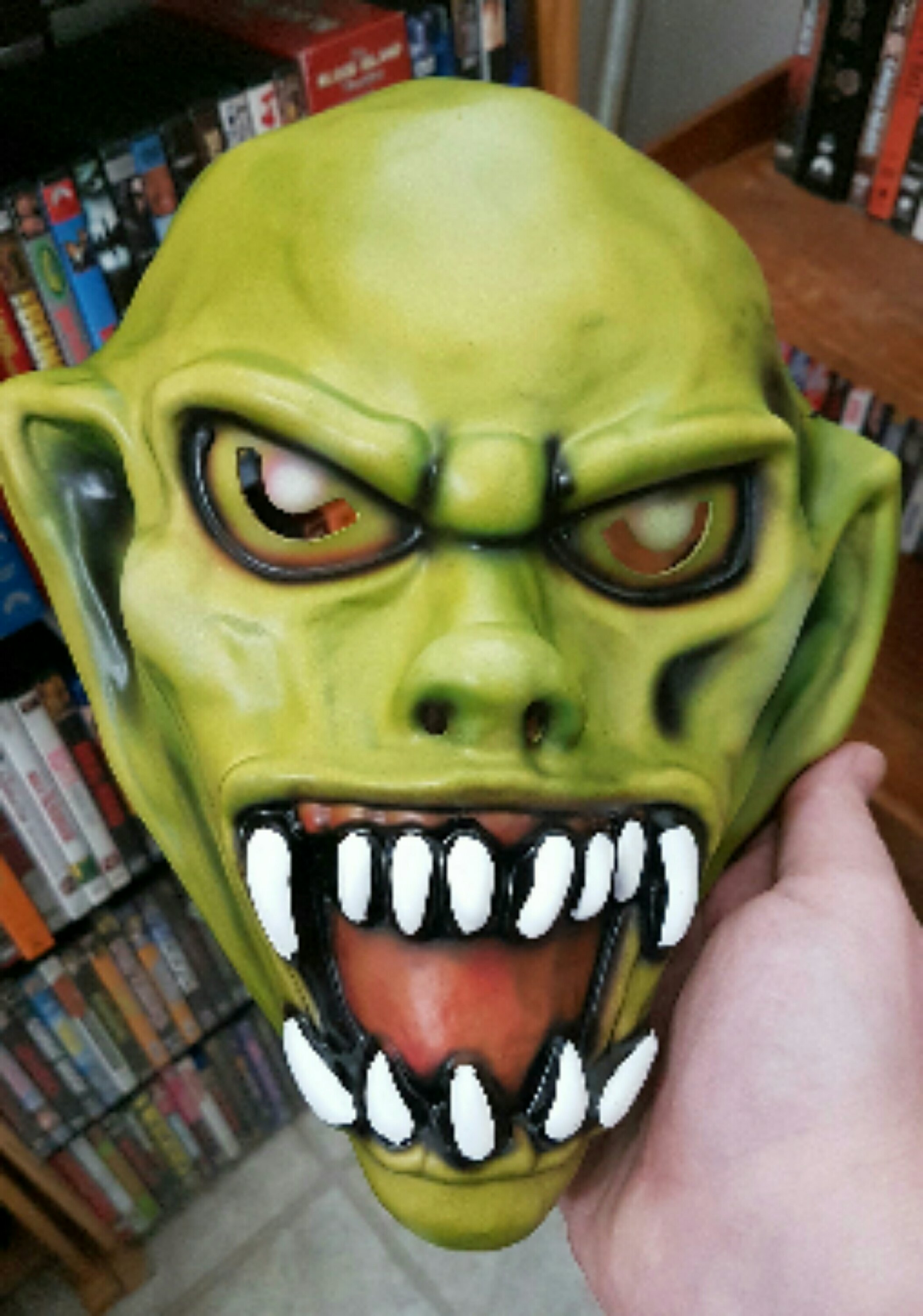 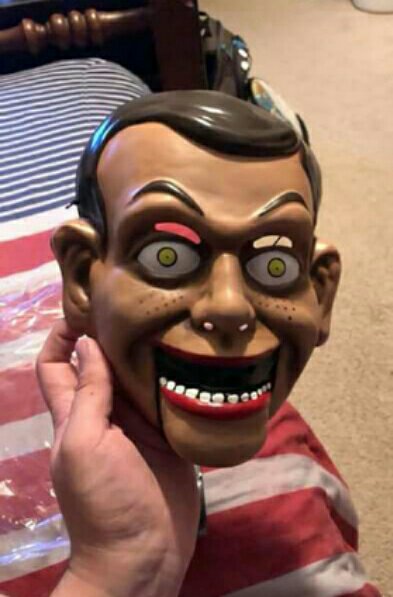 The internet literally broke with every fan rushing to order theirs and celebrate its arrival via YouTube (guilty as charged!) and their deluxe Haunted Mask replica quickly one of their trending best sellers. So, of course this year they dug out some more gold. 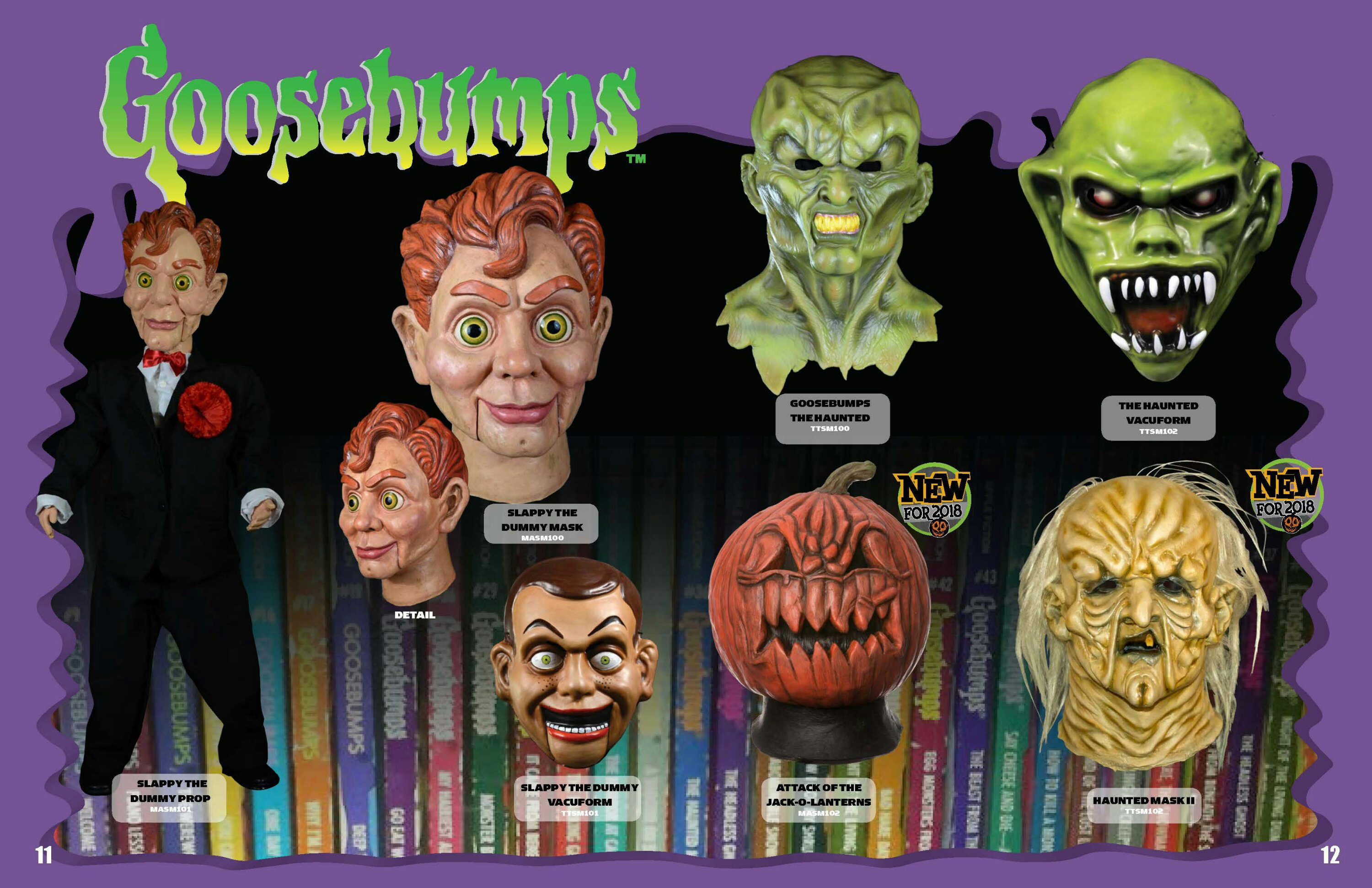 The 2018 catalog announced debuts of deluxe latex replica masks from the Haunted Mask II and the Attack of the Jack-O’-Lanterns episodes of the TV series. 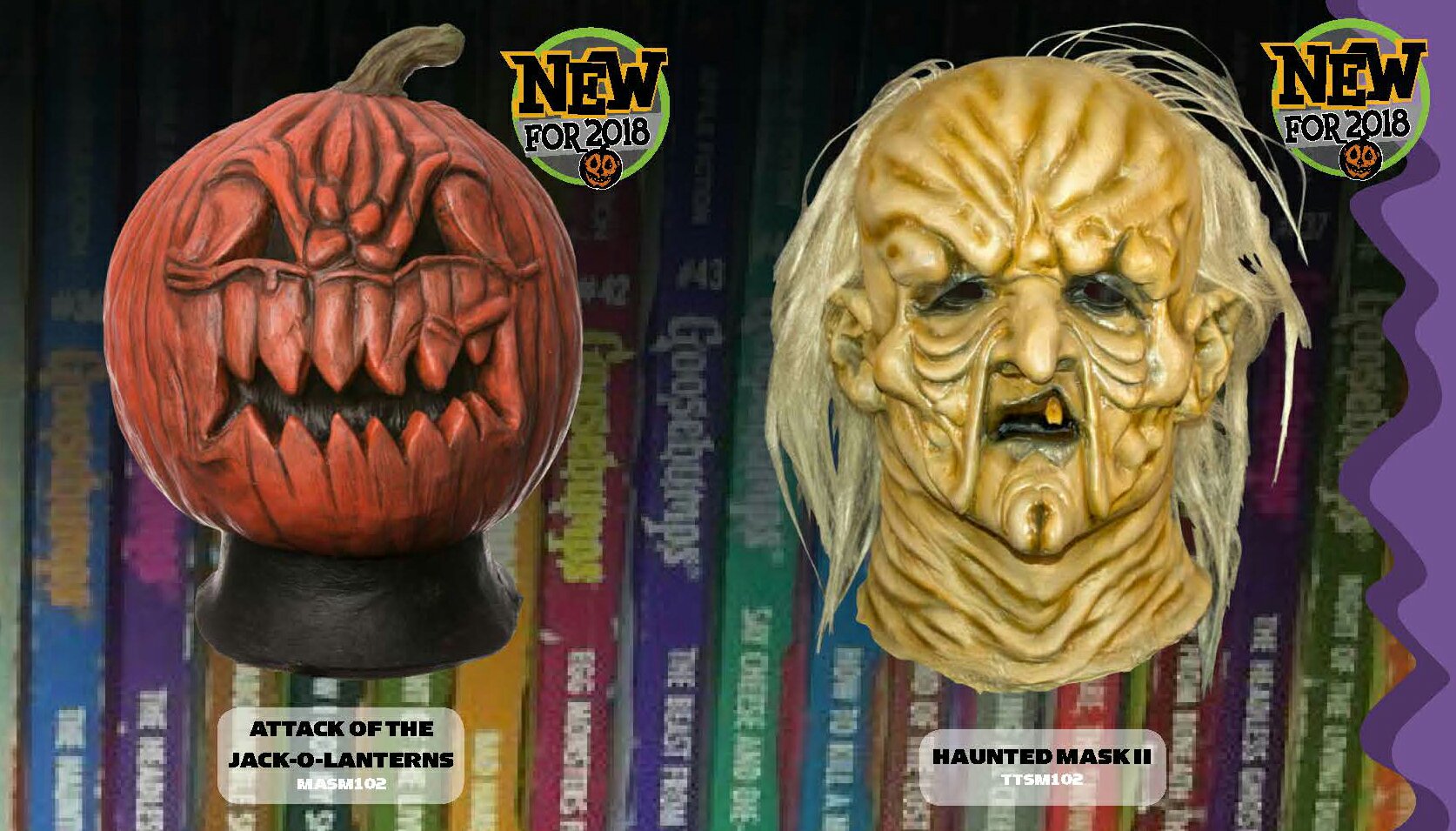 Yours truly immediately raced to their site to claim mine and you can do the same by visiting the Trick or Treat website to preorder these bad boys. They’re expected to ship in August/September according to the site, so order fast before the first run sells out and you have to wait for the next. And a huge thanks to Trick or Treat Studios for bringing twenty plus year old dreams to life for us fans that can’t let go. Here’s to hopefully seeing some Creep masks, Lawn Gnome replicas, Chillogy pig mask and hooves sets, I could go on all day. We anxiously await to see what the company plans with the property next… 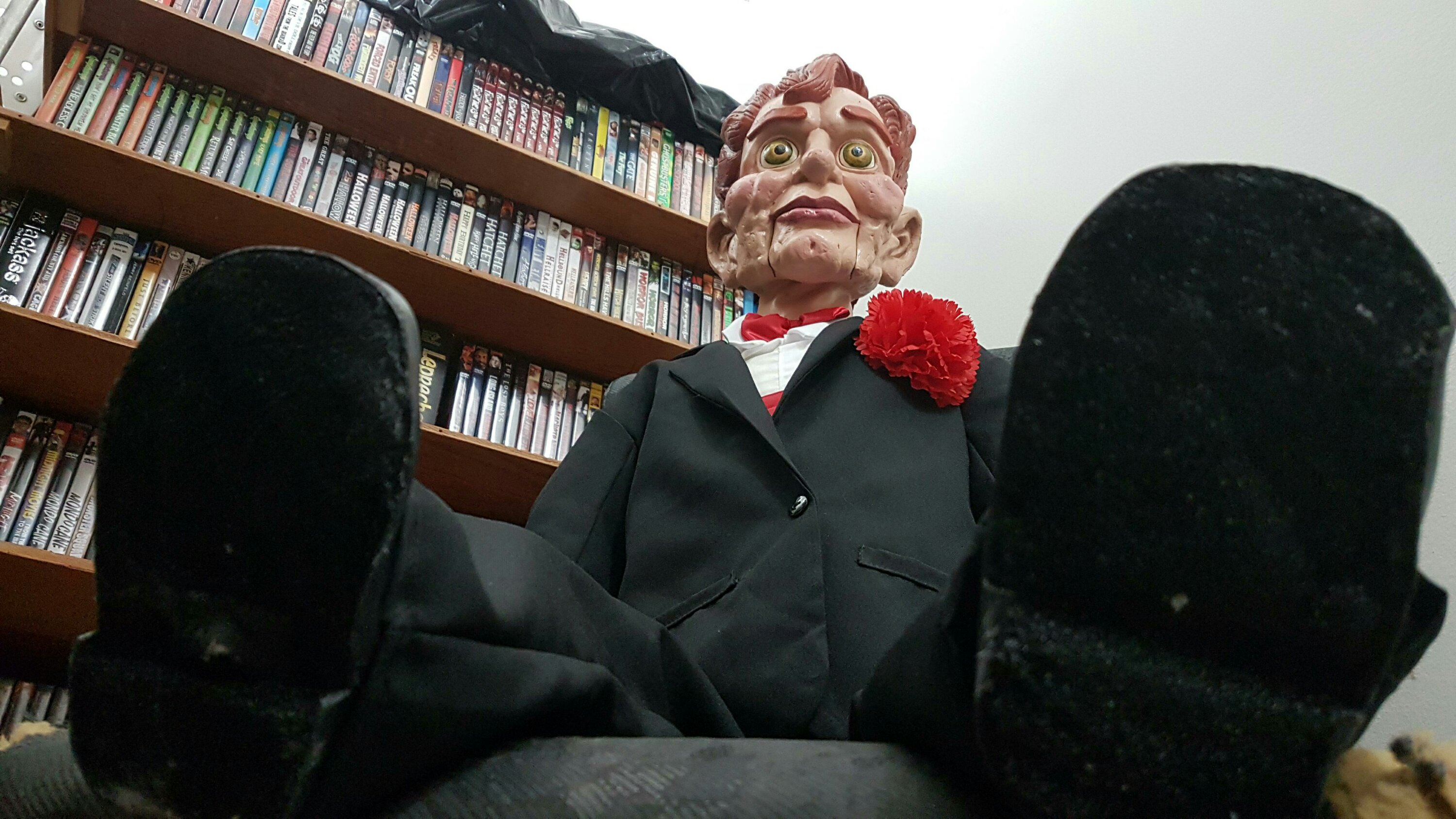