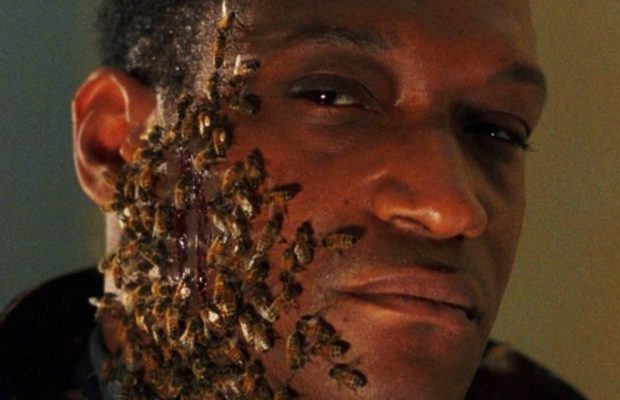 Get Out director Jordan Peele is prepping to produce a reboot of the Candyman franchise next year. While many are hoping to see Tony Todd once again portray the iconic character, it hasn’t been confirmed whether or not the film’s director Nia DaCosta will be bringing him back.

Bloody-Disgusting got to ask Todd for his thoughts on the subject. He had this to say,

It appears he hasn’t had the chance to talk with Jordan Peele about the subject either.

“No, I haven’t talked to him yet but I know he’s a fan. They’re not going to shoot until deep this year so contracts are weird. You don’t want to get into contracts too soon because then you’re locked in.”

Similar to the Halloween franchise, the Candyman sequels became cheaper and more lackluster as they went on. A decent sequel like 2018’s Halloween could do wonders for preserving the Candyman legacy.

Tony Todd finishes by saying no matter if he’s involved or not, Jordan Peele is the right man for the job.

“I hope so,” Todd said. “I know that it’s in good hands with Jordan Peele. I love his new trailer for Us and I know he loves the character and he respects the legacy. No matter what my personal involvement is, the fact that it’s getting done again will just bring new attention to the original source material. So it’s a win-win for everybody and a win-win for horror fans.”

While it’s great to see so many decent people involved or wanting to be, I can only hope Clive Barker will be attached in some capacity. It was his original story, after all, that everything Candyman-related stems from.

The Candyman reboot is scheduled for release on June 12, 2020.