Tony Todd is Appearing in Season 3 of MTV’s ‘Scream’ 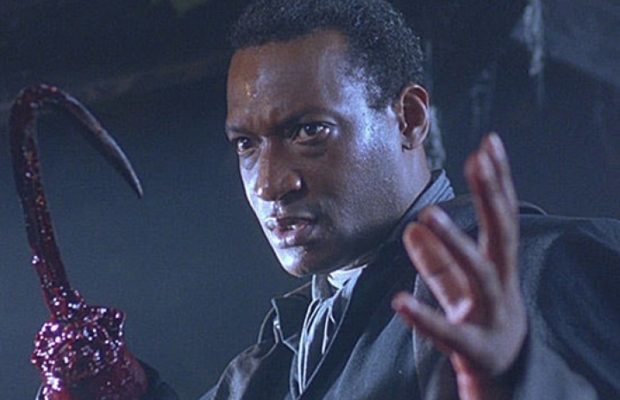 MTV’s Scream is a truly bizarre show. Wes Craven worked on the series right before his death, and strangely enough, it felt very little like the actual Scream movies.

The third season was set to change that, however, by bringing in an all-new storyline and reusing the original Ghostface mask. This includes undoing all of the previous characters and plots from the first two seasons. The third season was going to premiere earlier this year, but due to behind the scenes drama, it’s been delayed ever since.

While there hasn’t been a whole lot of news other than that, it was recently confirmed that horror icon Tony Todd will be appearing in Scream Season 3.

Candyman himself, Tony Todd, will have a role in the upcoming third season of MTV’s “Scream.” The 3rd episode is titled “Massacre In the Dark.” 💉👻🎃 pic.twitter.com/6yGef6wYPb

Hopefully his appearance will live up to the full potential of hiring such a great horror actor. While he’ll likely only play for a few minutes of screen time, we can hope it’ll be a worthy addition for the Scream franchise. Unfortunately, after such a subpar two seasons that had nearly nothing to do with the movies, I’m not hoping for too much.

In the new season…

The six episode third season revolves around Deion Elliot, a local star running back whose tragic past comes back to haunt him at the worst time, threatening his hard-earned plans for his future — and the lives of his unlikely group of friends.

Are you excited for Tony Todd’s appearance in the new Scream season? Do you think that the new season will do justice to the original films? Let us know in the comments section down below!