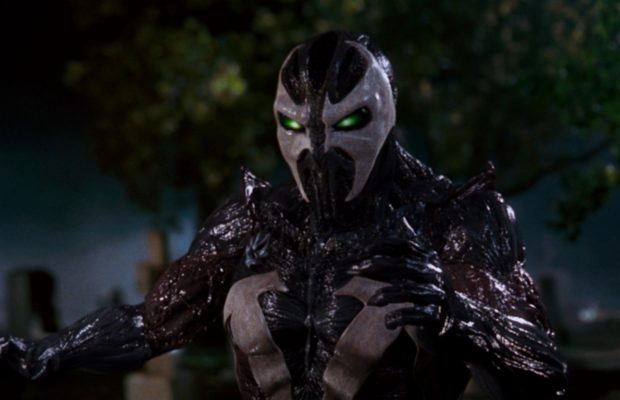 Todd McFarlane has been talking about doing another Spawn movie for years now. While most fans would probably expect something a little more safe – like giving Spawn plenty of screen time and cashing in on the Marvel style of superhero movies – McFarlane isn’t doing any of that. In fact, he’s comparing Spawn to the shark from Jaws, and even iterated in the past that the movie will make children cry.

Now McFarlane is insisting that the movie will be a joyless and ugly incarnation of the popular comic book property.

“There’s no joy… There’s gonna be no fun lines in it, and it’s just gonna be this dark, ugly two hours worth of movie, which is essentially what a lot of supernatural/horror movies are anyway,” McFarlane revealed to Nerdist.

“There’s not a lot of funny in them,” he added. “And that seems to be a weird hurdle for a lot of people in this city to get over because they sort of go into a superhero/Avengers default all the time.”

It probably doesn’t make sense to make his Spawn movie that incredibly dark. But it’s understandable he wants to keep it distant from Marvel’s style of filmmaking.

After all, so many studios and movies have been desperately trying to copy their success. It’s almost refreshing to see someone want to try something new and unpredictable. So you know what? I’m totally cool with giving Spawn a new cinematic twist.

Let’s just hope it’s something the fans will be able to enjoy even if the movie won’t have a joyful atmosphere.

Todd McFarlane’s Spawn reboot is set to be produced by Blumhouse, with no specific release date announced. It was previously going to be released during the summer of this year before being delayed.

How do you feel about Todd McFarlane making an ugly and joyless Spawn movie? Do you think it’s the right choice for the character? Let us know in the comments section down below!