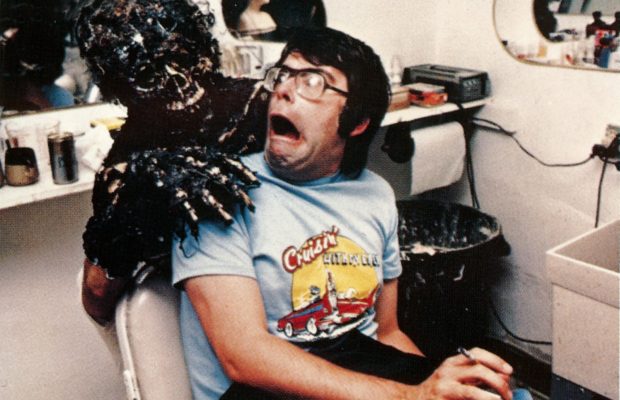 The most fun you’ll ever have being scared.

It looks like Greg Nicotero’s upcoming Creepshow series will live up to its predecessor’s famous tagline. He revealed quite a bit about the show at this weekend’s New York Comic Con, and the Horror News Network has all the glorious details.

According to Nicotero, the series will not just adapt stories from the original film’s writer Stephen King and his son Joe Hill, but Bubba Ho-Tep writer Joe R. Lansdale will also be involved. There’s also several others yet to be announced. It’s fitting that Joe Hill is participating, as he played the role of young Billy in the 1982 Creepshow when he was just 9 years old.

Horror News Network also reported, “Nicotero stressed that the tone of the series would shift from story-to-story, with some taking a lighthearted comedic approach and others taking a much more frightening path. He also stated that each story would be ‘As long as they need to be’ and that he did not feel any pressure to fit the stories into segments of equal length.”

“Nicotero also revealed that the current plan is to produce digital comics based on each episode, as a potential perk for Shudder subscribers. He also hopes that they are collected into actual comics, which he believes is still the proper way to read comics.”

Now not only are we getting a new Creepshow series, but comics too? I’m sold. One of my favorite things about the movie is how it’s based around 1950’s horror comics. Now there already was a comic adaptation of the original film, but the fact we’re getting more stories adapted for the medium is amazing.

There’s a lot of potential for a Creepshow series, both in television and comic book format, and it looks like Nicotero is doing his best to provide us fans with both.