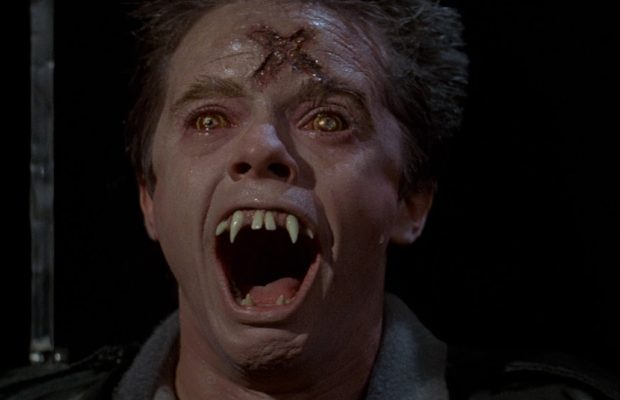 It’s safe to say we were all very excited about Fright Night getting a new US Blu-ray release. It’s not the first time the movie has been on Blu-ray, but it does mark the film’s first mainstream release on the format in the United States. Because of this, a lot of fans have been curious about just what else this release could include in comparison to the other editions. Thanks to Broke Horror Fan, we now know the special features which will be included.

• You’re So Cool, Brewster! The Story of Fright Night – 2016 documentary

As you can see this release is packed! The price is worth it alone just for the 3.5 hour documentary You’re So Cool, Brewster! The Story of Fright Night. I’ll totally be grabbing this release and I hope that some of you will too! After all, maybe with enough support we can get a Blu-ray release for Fright Night Part 2!

Be sure to pre-order the film with the link below!

Teenage Charley Brewster (William Ragsdale) is a horror-film junkie, so it’s no surprise that, when a reclusive new neighbor named Jerry Dandridge (Chris Sarandon) moves next-door, Brewster becomes convinced he is a vampire. It’s also no surprise when nobody believes him. However, after strange events begin to occur, Charlie has no choice but to turn to the only person who could possibly help: washed-up television vampire killer Peter Vincent (Roddy McDowall).