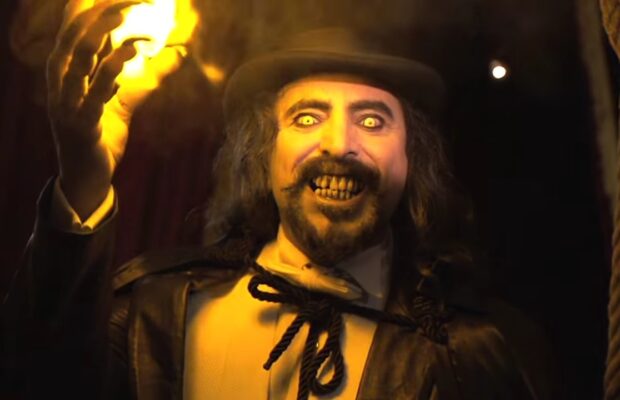 Actor, director, stuntman, special make-up effects legend. Tom Savini is known to horror fans worldwide for creating some of the defining scares of our childhood and beyond. Now, the long-awaited look behind the curtain is here in filmmaker/special effects artist Jason Baker’s informative and entertaining documentary Smoke & Mirrors: The Tom Savini Story, exclusively on Shudder. 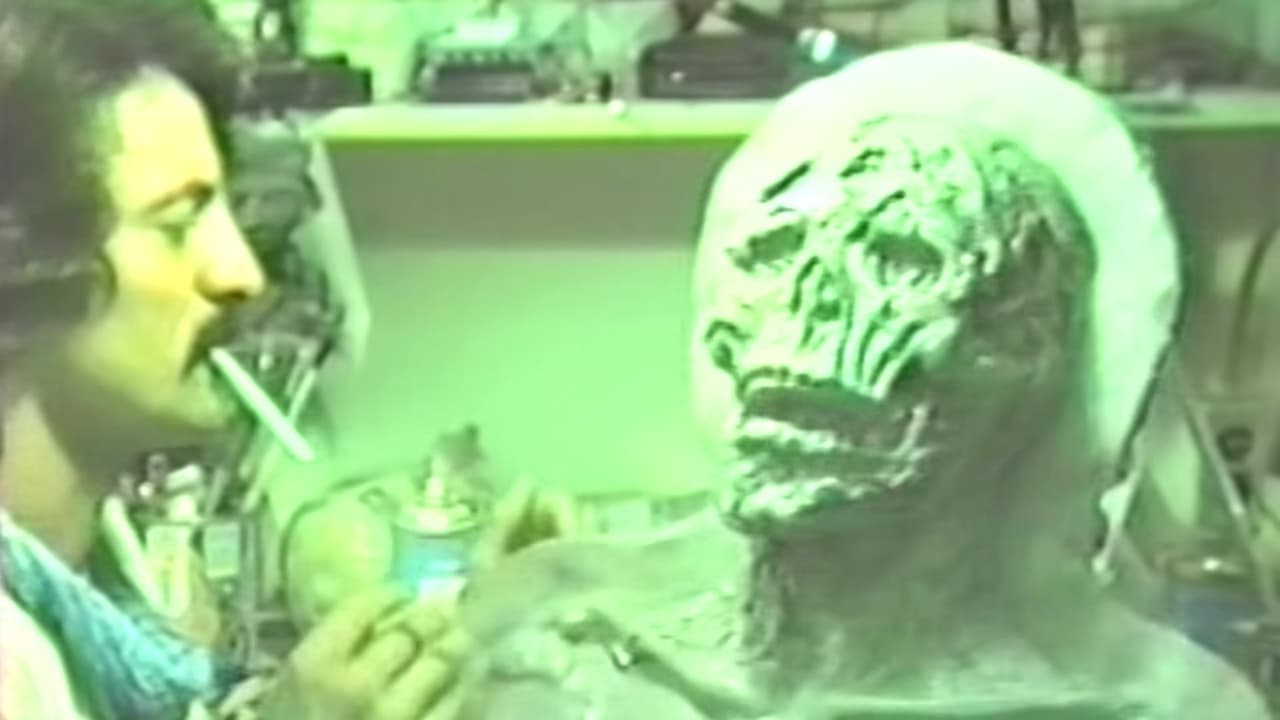 From creating the zombies in George A. Romero’s Dead films to the look of homicidal mama’s boy Jason Voorhees in the Friday the 13th franchise, Tom Savini’s resume is the stuff of legend among fans of the macabre. Beginning in 1972, assisting Alan Ormsby on Bob Clark’s “Monkey’s Paw”-inspired shocker Deathdream, he quickly established himself as the ‘King of Splatter’ among fans to the point where his name became a draw to otherwise forgettable slasher fare. With Baker’s new documentary, we get a much more intimate look at the life of this legend than we ever have before. 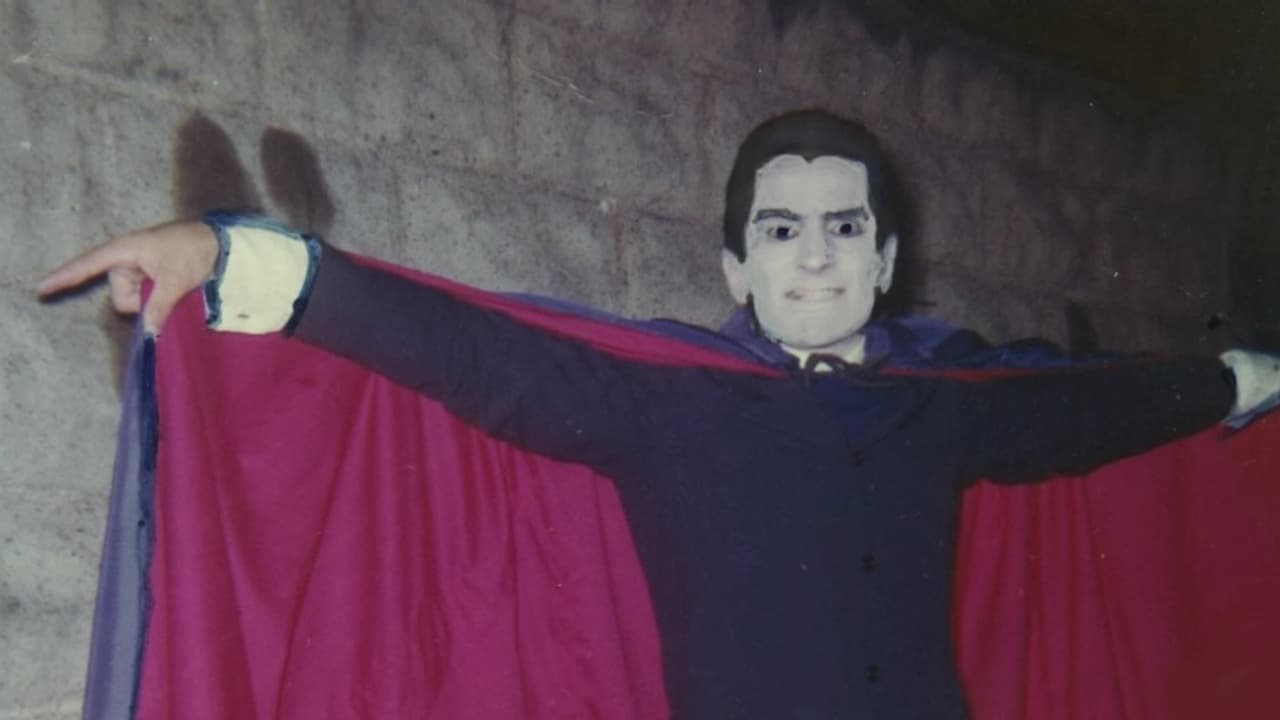 Accompanied by personal photos and rare behind-the-scenes footage, Savini takes us through his Catholic upbringing in Pittsburgh where he first discovered his love of illusion and scares when he caught the 1957 Lon Chaney biopic, Man of a Thousand Faces, at the age of 11. Fans are also treated to interviews with various family members, friends and frequent collaborators including the late Romero, Greg Nicotero, Robert Rodriguez, Howard Berger, Alice Cooper, Michael Felsher and Tom Atkins among others. 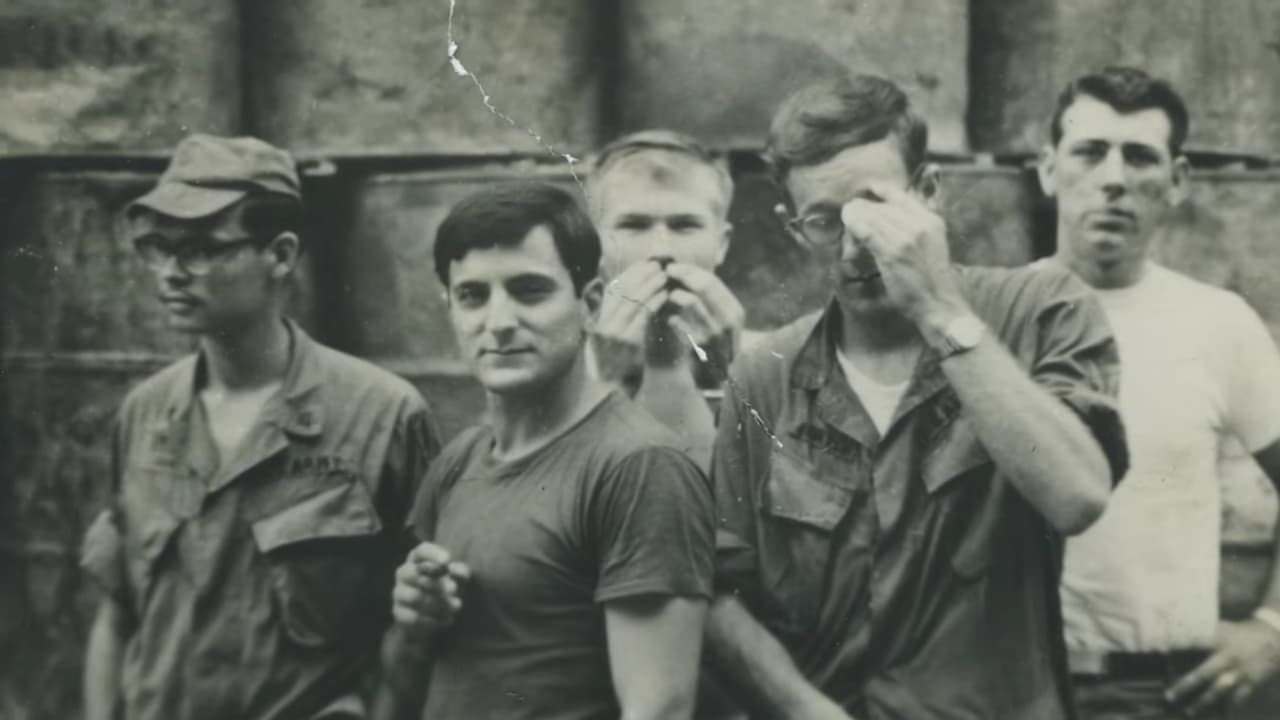 Beginning in 2013 via a successful Kickstarter campaign, this project has been a labor of love for Baker and it shows in every frame. My biggest worry initially is that this would be a clip show with repeat information from other interviews and documentaries but this covers a lot of a new ground, particularly involving his family and early years.

From getting his first job performing Dracula with a local theater group for chocolate shakes to his tour of duty as a combat photographer in the Vietnam War, the documentary pulls little punches in the trials and tribulations of his life leading to and during his success. One particular story about how he lost an older brother got me right in the throat. 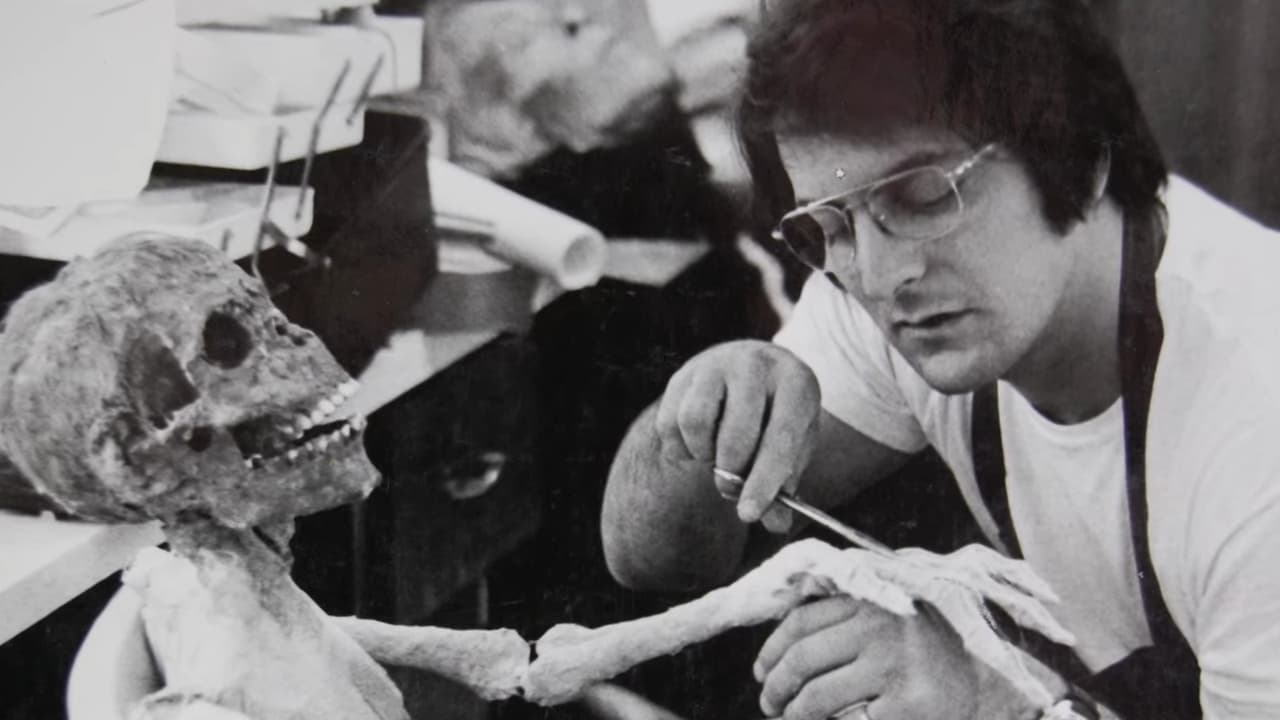 The biggest detriments to the film truly flying are the overall editing and the formatting of film clips. Clip montages go on way longer than they should, particularly in the opening. Some are sourced from what appear to be 4×3 letterboxed laserdisc transfers resulting in ugly black blocks surrounding the majority of the clips which became incredibly distracting at times.

Another thing I found somewhat disappointing but understandable was the lack of in-depth stories from a lot of the films he worked on. There are a wealth of interviews with Savini on nearly every DVD/Blu-ray release of those films where he goes into specific stories on gems like Maniac, The Prowler, etc but the film felt somewhat light for fans who might not know some of the more obscure titles. 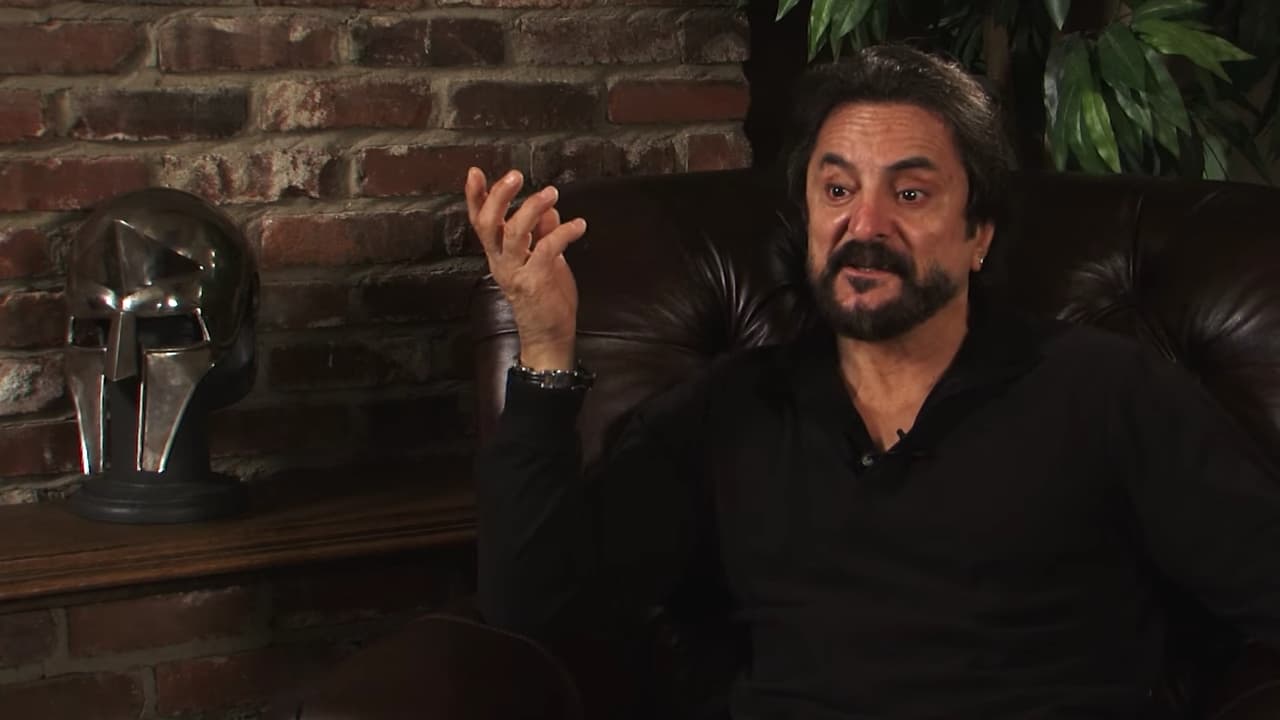 Whatever minor shortcomings it might have, Smoke & Mirrors makes up for it with other surprises including Savini’s original video audition for the Rodriguez/Tarantino vampire actioner From Dusk Till Dawn which should be a real treat for fans to see. All in all, this is well worth a watch for any self-respecting horror fan and comes highly recommended from this reviewer. 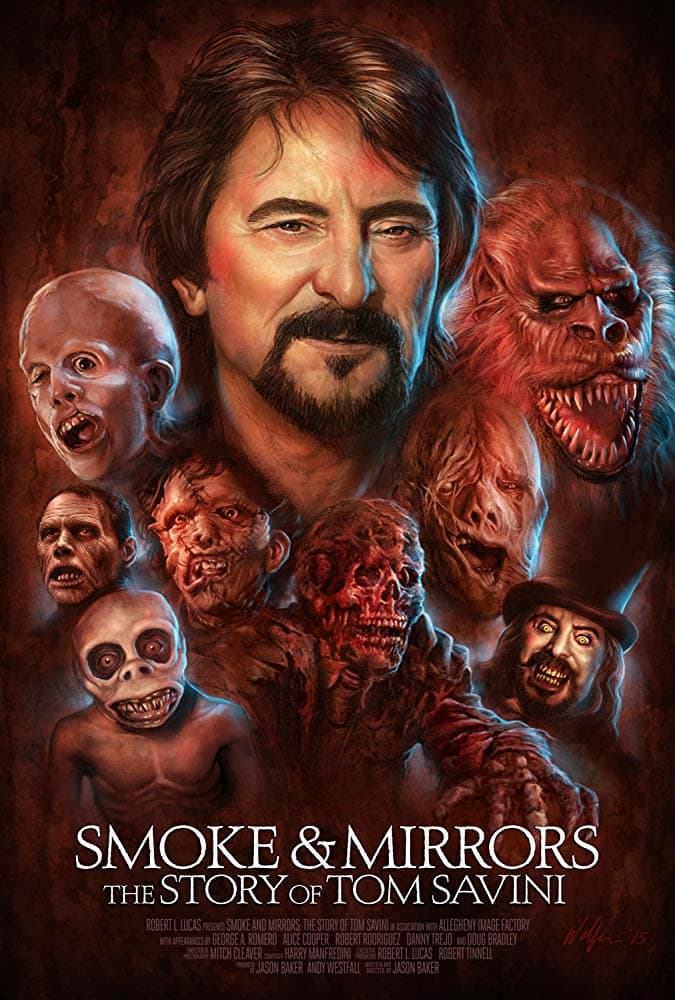