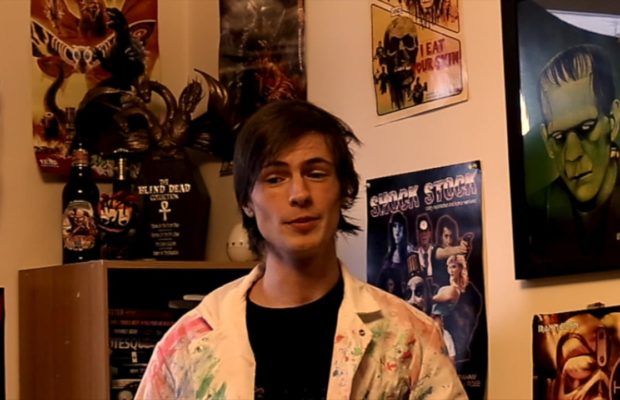 Independent horror films happen to be one of the horror genre’s strongest elements. They allow for far more creativity and experimentation than the average horror movie does. But what people often overlook are the individuals behind these independent films. Now one such individual, writer and director Sébastien Godin, has taken the time to talk with Brain Mutant about their latest project: The Necroplasmic Massacre.

How was the script for Necroplasmic Massacre created?

Dustin Hubbard and I were chatting one day about what we wanted our next project to be. He had mentioned wanting to do a slasher movie and I thought it’d be cool to have a slasher villain who wore a hazmat suit. I had been watching the Spawn animated series and heard the word “necroplasm” tossed around a couple times and the title “The Necroplasmic Massacre” just popped into my head. I wrote a simple story treatment which Dustin later turned into a spectacular screenplay.

How have your other films prepared you for Necroplasmic Massacre?

It’s odd because Lycanimator, Ouija Mummy and Slimoids are all on similar levels, so there really is no transitionary film between those and something more higher concept like this. I guess if anything those three movies made me realize just how badly I really do want to make bigger stuff, though.

Obviously practical effects have become rarer in the digital age. How do you plan to showcase them with Necroplasmic Massacre?

Necroplasmic Massacre will showcase practical effects through its insane kills (the body count in this movie is going to be ridiculous) and, most importantly, our body horror/creature effects. We have a local guy David Santiago Tate doing lots of the character makeups, my buddy Toby Johansen creating and portraying the lead creature, James Bell doing gore effects and we’ll have additional creatures by Joe Meredith and Dustin Mills. Pretty cool lineup if you’re into micro-budget horror.

Is there a certain message you want to send to your audience with the film’s themes?

I mean, I’ve compared the script to the work of Larry Cohen a lot…there’s definitely some commentary there. Corporate evil and damage to nature and whatnot… But I’m more preoccupied with just making sure it’ll be an entertaining movie. That’s what’s most important to me. If people get something deeper out of it, then that’s awesome.

How do you feel Necroplasmic Massacre will compare with what audiences are watching now?

What’s the most important part to you about casting and how do you feel about the actors lined up for Necroplasmic Massacre?

I always knew key people would be in it. Alberto Giovannelli’s character was conceived for him before Necroplasmic even existed. He’s played the same character in smaller capacities in Lycanimator and Ouija Mummy. The supporting cast thus far are all Florida-based actors I know and love. Of course, our big name is Giovanni Lombardo Radice, the legendary Italian genre icon from movies like City of the Living Dead, Cannibal Apocalypse, Stage Fright, The Church, etc. He’s one of my all-time favorite actors and this is going to be an awesome role for him. It’s not just a one or two scene cameo either, he is the lead villain of the movie.

We have other genre names interested right now, so I’m hoping we can make some more announcements soon.

Do you have any specific rules when creating or directing your monsters and villains?

Well, it depends. First, I need to decide if it’s a monster or a creature. A creature is a victim of circumstance, a monster is a being that spreads malice knowingly. If it’s the former, it’s important to show that pathos, if it’s the latter it’s important to consistently make it seem like the most powerful force in the movie’s world. Either way though, I do like to portray my monsters/creatures with lots of personality. Body language is important. To an extent, they all have a slightly sympathetic quality to them. I grew up on the Universal Monsters, Godzilla, King Kong, etc. and they taught me from a very young age that the best monsters aren’t the ones you fear, but the ones you fear for. You want them to succeed.

As for villains, Necroplasmic has a truly despicable character as its lead antagonist. My human villains are often vicious, cold-hearted and very comic book-y. Our lead bad guy, while I was coming up with the story treatment, was vaguely inspired by Anton Arcane from the Swamp Thing comics. In a lot of ways, my humans are more ridiculous than my monsters.

What would you say your biggest influences in filmmaking are?

What do you hope to accomplish with Necroplasmic Massacre?

To create the most purely entertaining and batshit movie humanly possible.

Is there anything you have left to say for our readers?

Check out our Indiegogo campaign, please share it around and…Well, if things go as planned and I actually get to make the movie I truly want to this time, then I hope you dig the flick. Thanks, Jacob.

As you can tell, Sébastien Godin’s The Necroplasmic Massacre is lining up to be quite the production. Meanwhile, let’s hope Sébastien Godin will continue to entertain and inspire horror fans with his resume of awesome micro-budget monster fare! 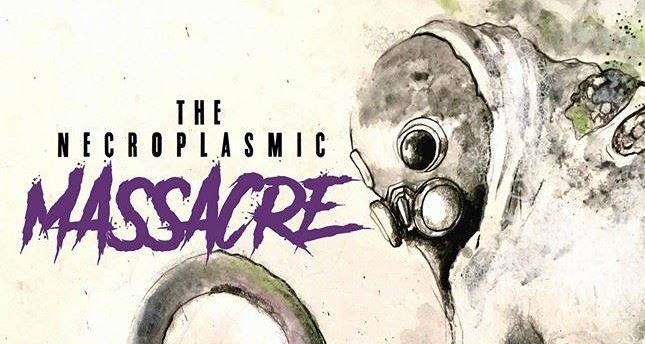 Related ItemsFeaturedSébastien GodinThe Necroplasmic MassacreTicker
← Previous Story ‘Elvira: Mistress of the Dark’ Sequel Being Worked On
Next Story → ‘The Witches’ is Being Remade in a Southern Gothic 1960’s Setting