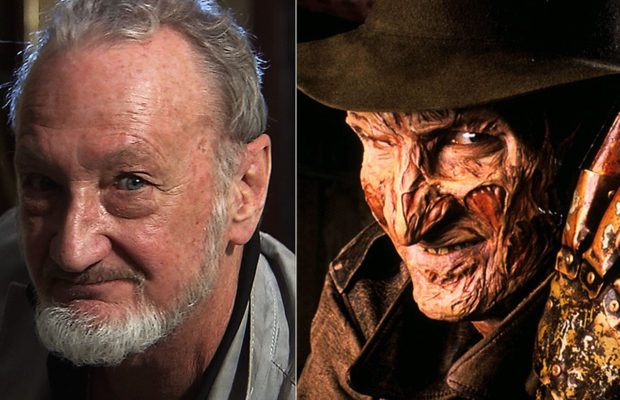 Sometimes an actor becomes impossible to separate from their most iconic roles. Robert Englund is one of those actors; and Freddy Krueger would not be the same without him.

As such, it’s hard not to listen to Robert Englund regarding the character. And while speaking with a crowd of fans during the recent Monster Mania convention, he pointed out how much he still wanted a Nightmare on Elm Street prequel – something most fans could agree with.

“I’ve always thought that [not having a prequel] is a misruling in the mythology of A Nightmare on Elm Street. It got close to being rectified with Tobe Hooper’s pilot for the TV series, and there was a script that was supposedly to be directed by John McNaughton, who did Henry: Portrait of a Serial Killer. There was a prequel script… I think it was called Krueger: The First Kills. And it was… the last children being killed… the two detectives that found Freddy and busted him… then the body of the film were the ambulance-chasing, sleazy lawyers that get Freddy off.”

He continued, “The lawyers are actually the best parts [of that script]. There’s two of them. Freddy in court… Freddy at the table… Freddy on the witness stand… Freddy in jail. But it’s about the lawyers getting him off. They get him off and Freddy gloats too much on the courtroom stairs. The end of the movie is Freddy being burned alive. I’ve had a fascination with these projects since I did the pilot with Tobe Hooper.”

“I would love to cameo in anything with integrity, connected with the franchise,” Englund also revealed.

It definitely isn’t the worst idea put out for the franchise. After having prequel attempts made before, it might just be the right kind of reboot for the series after the failed 2010 remake. Something like Rise of the Planet of the Apes and its sequels, where we actually see Freddy Krueger grow and develop into the maniacal dream demon we’ve loved seeing Robert Englund play since 1984.

How would you feel about a prequel to the Nightmare on Elm Street franchise? Do you think they could do Freddy justice? Let us know in the comments section down below!