R.L. Stine Wants ‘The Haunted Mask’ to Become a Movie 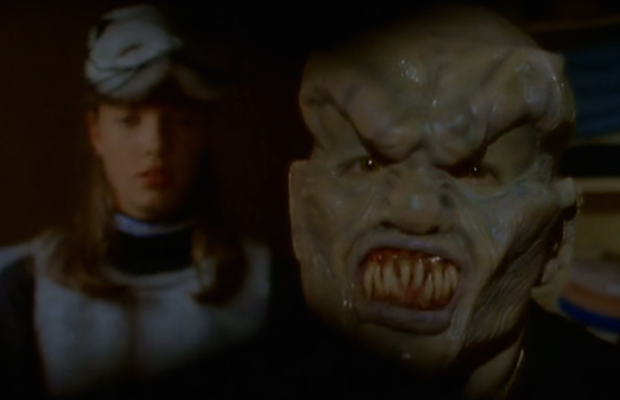 R.L. Stine and his popular Goosebumps franchise have seen something of a resurgence lately. Thanks to the success of the two theatrical Goosebumps movies, new generations of fans have been introduced to his world of monsters and madmen. And while the movies certainly have their place in the lore, they aren’t exactly direct adaptations of any of Stine’s works. Because of this, Stine recently stated, he’d love to see his story The Haunted Mask get a proper big screen adaptation.

“And maybe put together Haunted Mask one and two. That’s my best Halloween book, I think. If they did a third [movie], I would want them to make it a little scarier, and less funny. They go for laughs, which is wonderful, and they have scary scenes, but […] I’d like to see the movies just heighten the scares a little bit.”

It’d definitely be a great pick for a movie. Aside from Slappy and a few other distinct characters, The Haunted Mask tends to be one of his more iconic stories. The TV series episodes easily share some of the creepiest scenes produced for children’s television, and so I can’t imagine a better setup for a dark and gritty Goosebumps movie.

Some fans would rather be interested in the first Goosebumps book being adapted, however. The first book was Welcome to Dead House and unfortunately for those who want to see it adapted, Stine thinks it’s a little too much.

“Well that was the first one, and I didn’t really have the formula, I didn’t really know what I was doing,” the author admitted when that novel was suggested. “See, now I look at Welcome to Dead House, and I think it’s too scary for the series. It doesn’t have the humor of the other books. I didn’t quite have it yet. But that’s interesting you said that, ’cause I think it does stand out, as far as scariness goes.”

The list goes on for what could be adapted from Stine’s library. Perhaps that’s why Sony chose to make the Goosebumps movies into original stories with various characters from the books introduced throughout. Nevertheless, seeing the original stories get new direct adaptations would be a definite treat for fans.