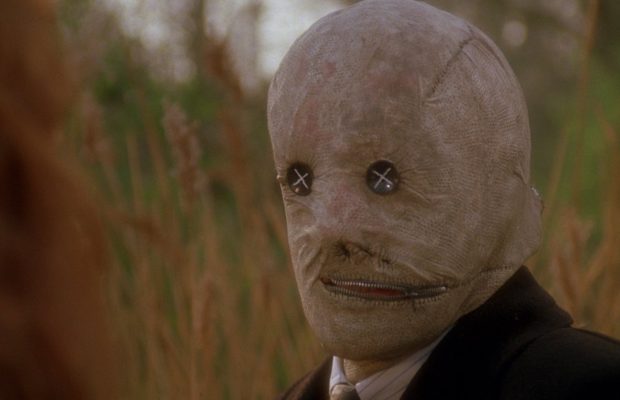 Nightbreed is one of Clive Barker’s most popular movies and although it never saw the success of Hellraiser, it still managed to spawn a miniature franchise of its own with comic books and new stories. However, fans were excited to hear that Nightbreed would be getting adapted once again and developed into a new television series. The news on that front has been slim ever since it was first announced, but fear not – it seems work is still underway.

An eager fan asked about the series in OccupyMidian, a Facebook group dedicated to the film and its cult fan base. They received a response from Phil and Sarah Stokes, two Clive Barker archivists, who teased and assured the fan that the series is still very much in development.

According to the duo, via CliveBarkerCast.com,

“There’s a huge amount of work going on in the wings, Mark – as soon as Clive’s able to share more we’ll update one and all..!”

It’s definitely good to hear the show is still being worked on. Unfortunately it seems it’s still in the early stages of development, considering all the work it must be going through to get the story right for TV. But hopefully we’ll get an idea of a release date and more information soon.

After all, Nightbreed has endured this long as a movie, and in today’s filmmaking climate anything is due for a new reboot. Whether as this series or some other new project, it’s safe to say Nightbreed will one day return.

In the original film directed by Clive Barker in 1990…

“A troubled young man is drawn to a mythical place called Midian where a variety of friendly monsters are hiding from humanity. Meanwhile, a sadistic serial killer is looking for a patsy.”

How do you feel about a Nightbreed TV series? Are you excited to see what becomes of it? Let us know on Twitter and in the comments section down below!

Related ItemsClive BarkerFeaturedNightbreedNightbreed TV SeriesTicker
← Previous Story R.L. Stine Wants ‘The Haunted Mask’ to Become a Movie
Next Story → ‘Unsolved Mysteries’ is Being Retooled as a New Series for Netflix