McFarlane Toys is Reviving ‘Movie Maniacs’ and Other Toy Lines 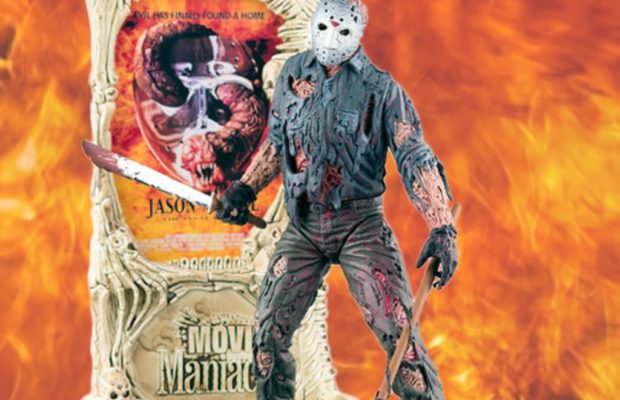 Todd McFarlane happened to know exactly what kinds of horror figures fans wanted beginning in the 1990’s. While today we have NECA, Funko, ReAction figures, and endless other variations of figurines, McFarlane was one of the first to bring the concept to mainstream moviegoers. He created the Movie Maniacs line, which introduced collectible action figures based on Pumpkinhead, Army of Darkness, Friday the 13th, and plenty of other iconic franchises and characters.

Now, according to a new interview at the New York Comic Con, McFarlane has announced plans to revive the successful toy line.

“We live in a brave new world now where you can go literally from production to the consumer, right? You can cut out all the middle men and we’re seeing that with Kickstarters and people doing direct, you know, dot com,” McFarlane told the site. “So what we’re gonna do is, when we started McFarlane Toys twenty-plus years ago, we were built on the detailed stuff, doing all these cool monsters and all this sort of wicked stuff. Unfortunately, the stores we were selling to at that point, like Tower Records and Suncoast and Babbage’s and KB Toys, and all these other ones, they’ve all fallen to the wayside.”

He continued to explain that they’ll be bringing more of all their other toy lines as well.

“So we’re gonna go back to our origins and we’re gonna go, hey, for all you people who like Tortured Souls? There’s gonna be more. For all you people who like some of the Movie Maniacs? There’s gonna be more. But even the new — the stuff we just created, like Dragons? More. Spawn? More. Twisted Tales? More. All the crazy stuff that we used to sell that we can’t because people just want brands now, the stores, I go so don’t worry about it. We’ll just sell it directly to you, the consumer. So that’s gonna be a big push for us.”

What McFarlane has planned sounds like an awesome business move and could offer more unique and obscure horror films their chance to have official merchandise. It also seems like a good way to bring back some nostalgia in a more meaningful way.

As I write this, I’m looking at a Movie Maniacs toy of my own – a figurine made for the Blair Witch character. At that time, of course, the Blair Witch had never been shown on screen. Thus the McFarlane design was completely original – and wonderfully so. One of my favorite aspects is the packaging, which states in the bottom right corner, both Blair Witch films (at the time) were now available “on VHS or DVD”. It goes to show how long this line has appealed to fans and just what possibilities we have for both new and nostalgic throwback figures.