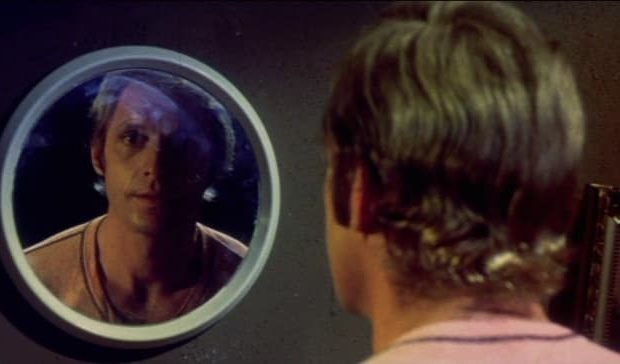 There’s plenty of horror films featuring downtrodden characters seeking their revenge in bloodshed; but none are quite as unique as The Love Butcher, a 1975 psycho-melodrama that deserves a lot more love and credit than it gets.

James Lemp (credited under pseudonym Erik Stern) stars as Caleb, a down on his luck gardener with a gimp hand who’s constantly berated and made fun of by his suburban clients to the point where he develops an alternate personality named Lester. Lester is suave, sophisticated and a lover all the women in Caleb’s life want and more. Meanwhile, the local police and a hot-shot reporter are baffled by the gruesome murders being committed with garden tools in the area, with no clues or suspects to go on. Using a multitude of disguises, Lester seduces his way into the client’s homes to exact his bloody revenge while fighting for ultimate control of Caleb leading to a chilling climax with a surprising little twist that I did not see coming at all.

What stands out about The Love Butcher when thinking about it and especially when watching it again several times is its offbeat, yet sympathetic main character and the dual performances from James Lemp as Caleb and Lester. Lemp clearly stressed to make both roles completely distinct from one another in physicality, manner of speaking, etc. The first time I screened this and Lester had shown up in a scene to seduce a particularly naggy client, I hadn’t even recognized that it was him. He completely disappears into the roles, stealing the show whenever he’s on screen. The scenes with Caleb arguing with Lester are among the highlights for me. Sadly, Lemp passed away in 2012 at the age of 74 so we’ll never get his side of the whole process in creating these characters which remains the only real tragedy about this film’s legacy.

Originally helmed by largely uncredited exploitation film actor/writer and first-time director Mikey Angel, the film had a disastrous first screening to which Angel simply shrugged and left when the producers brought up their issues. The cinematographer Don Jones (Schoolgirls in Chains, The Forest) was then promoted to direct new scenes to complete the film how the producers wanted and the result honestly feels more balanced than most films in the genre that ran into the same issues (i.e. 1983’s Curtains).

It’s full of unintentionally hilarious dialogue (“Whoever did this is weird,” said by the police captain when discussing their potential suspect). It’s wonderfully experimental and psychological in parts, and performances are solid (particularly from Lemp) and totally went above what I expected going in. Why this isn’t more well known in horror and cult circles is beyond me.

Highly recommend checking out The Love Butcher if you can track a copy down. Look for the Code Red release on DVD and Blu-ray, presented uncut and in its original 2.35:1 aspect ratio. 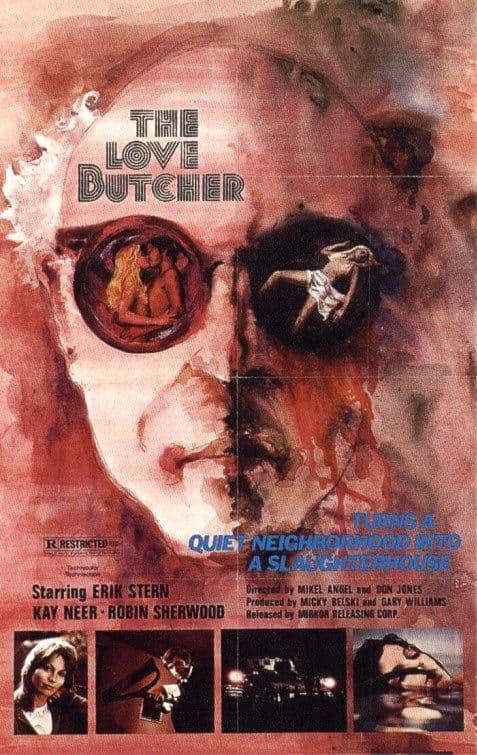