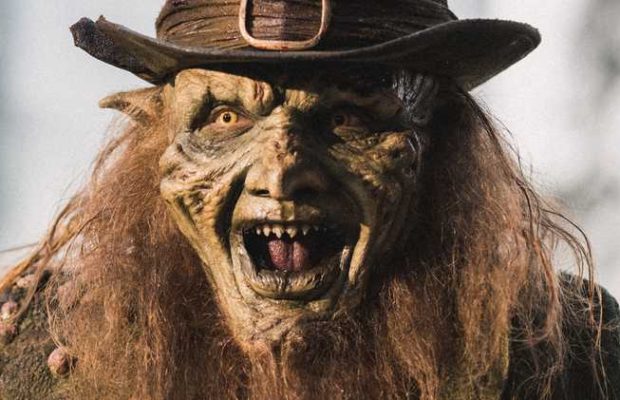 While the Leprechaun franchise has its fans, sometimes I feel like one of the few that loves every installment of the original franchise. And for years I’ve been clamoring with many others to see a Leprechaun 7 get made.

It finally happened in the form of Leprechaun: Origins, and for the life of me I can’t figure out how that movie was supposed to fit in. Thankfully it seems the people behind the franchise didn’t understand either and ignored it when creating last year’s Leprechaun Returns.

Despite Warwick Davis not returning, the movie was successful at bringing the franchise back to basics. There was an incredible sense of continuity – something lacking even in the older sequels – and so Returns felt incredibly fresh as a result.

Now this means something major for the series. They have a fresh slate; a new, younger Leprechaun actor, and a successful reaction from fans. Isn’t it about time for a sequel announcement?

I know, the film hasn’t even officially aired on the Syfy channel yet. So why expect an announcement so soon? But I’ll be honest, if there isn’t one, I’ll be incredibly upset with whoever greenlights these projects. We have a chance to start a whole new timeline of Leprechaun movies with actual continuity and characters. Take advantage!

I won’t spoil the movie for those of you who haven’t seen it yet. But as I’m sure you can guess with today’s use of supernatural slasher villains, there’s always a way to bring them back. I think it’d be appropriate now to have a consistent series of movies focusing on this new portrayal of our beloved Leprechaun. And who knows? Maybe one day Warwick Davis can join Linden Porco for a double mix of terror.

Whether they simply make another string of movies, or take note from the upcoming Child’s Play series and do a TV show, there’s a lot of potential. They shouldn’t waste it.

Would you like to see a sequel to Leprechaun Returns? What did you think of the movie by itself? Let us know in the comments section down below!