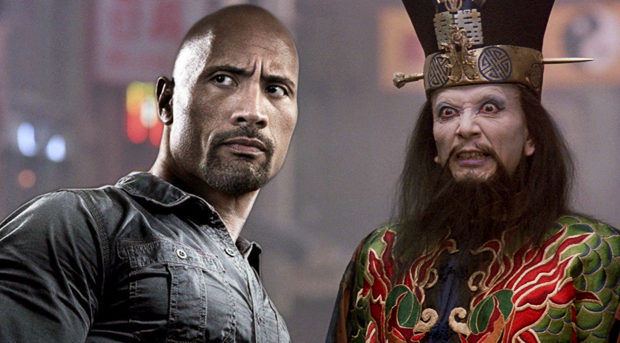 As we all know, the iconic John Carpenter film Big Trouble in Little China has been set to get the reboot treatment. At first the project was announced to be a remake with Dwayne Johnson both producing and starring. It’s since been confirmed to actually be some form of sequel, with Johnson portraying an all-new character.

As producer Hiram Garcia explained to Collider in August,

“You can’t remake a classic like that, so what we’re planning to do is we’re going to continue the story. We’re going to continue the universe of Big Trouble in Little China. Everything that happened in the original exists and is standalone and I think there’s only one person that could ever play Jack Burton, so Dwayne would never try and play that character. So we are just having a lot of fun.”

Garcia continued, “We’re actually in a really great space with the story that we’ve cracked. But yeah, no remake. It is a continuation, and we are deep into development on that as well, and I think you’ll start hearing some things about that probably soon.”

John Carpenter, the creator of the original Big Trouble in Little China, has finally responded to the announcement. And he’s none too happy about it.

“They want a movie with Dwayne Johnson. That’s what they want,” Carpenter told the site. “So they just picked that title. They don’t give a shit about me and my movie. That movie wasn’t a success.”

John Carpenter certainly knows when to be completely honest. Hopefully if Halloween does well, he’ll get an offer to help creatively with whatever this Big Trouble in Little China “sequel” is supposed to be.

I'm the creator of Brain Mutant. I'm not being controlled by an alien parasite in any way. I swear.
Related ItemsBig Trouble in Little ChinaFeaturedJohn CarpenterTicker
← Previous Story Robert Englund is Still Open to a ‘Nightmare on Elm Street’ Prequel
Next Story → Tony Todd is Appearing in Season 3 of MTV’s ‘Scream’