R.I.P. John Carl Buechler of ‘Ghoulies’ and ‘Troll’ has Died 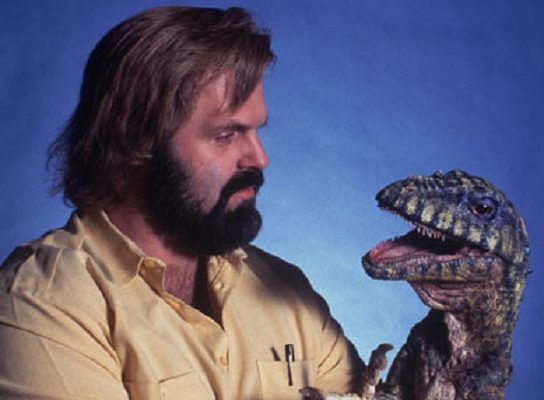 It’s sadly being reported that one of the horror genre’s greatest contributors, John Carl Buechler, has passed away. John Carl Buechler died after a battle with Stage IV prostate cancer on Sunday, March 17. He was truly a jack of all trades, being a popular effects artist, director, and even actor.

His effects seemed to enchant almost any movie he was a part of. The most low budget of horror movies benefited from his work – just look at the iconic and beloved puppets from Ghoulies, or better yet, his directorial debut with Troll in 1986.

I remember renting Troll on VHS as a six-year-old kid. The tape nearly wore itself out that day, as I continued to rewind and rewatch the movie multiple times. I was especially enamored with a scene where a multitude of goblins and trolls broke into an eerie and fantastical musical number. It was something so bizarre and iconic I continued to rent the movie just to show my friends the weirdness I encountered, and they too were blown away with the shocking amount of creativity.

He followed up Troll by directing a number of awesome horror movies, including fan-favorite Friday the 13th: Part 7: The New Blood for which he also handled the special effects. As I stated, he was a jack of all trades, and it’d probably take me several articles to do all of his work justice.

Although John Carl Buechler has passed away, I’ll forever be grateful for the inspiration and impact his work had on me both as a child and now as an adult in the present. Whether it was the slimy dinosaurs running amuck in Carnosaur, or the eldritch beasties flying around in H.P. Lovecraft’s From Beyond, his work always stuck with me and I’ll continue to be a lifelong fan because of it.

I'm the creator of Brain Mutant. I'm not being controlled by an alien parasite in any way. I swear.
Related ItemsFeaturedJohn Carl BuechlerRIPTicker
← Previous Story Leigh Whannell is Writing an ‘Escape from New York’ Remake
Next Story → R.I.P. ‘Maniac Cop’ Writer and ‘The Stuff’ Director Larry Cohen Dead at 77