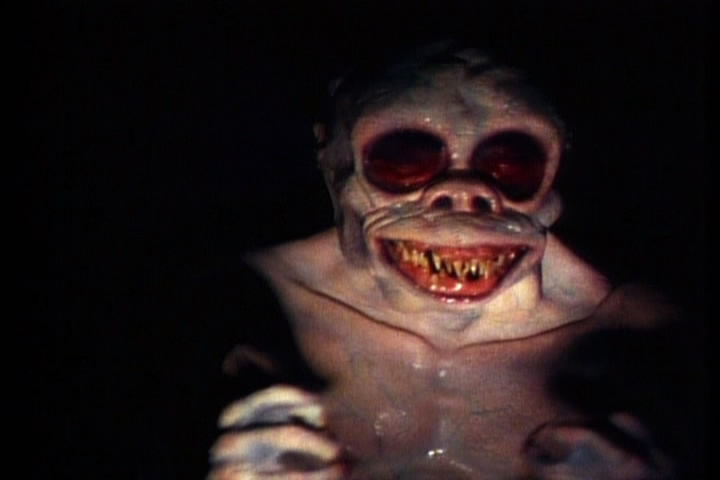 As a kid I would consume any horror movie or series I’d be able to get my hands on. By the time I saw Tales from the Darkside on TV for the first time, I was hooked.

All it took was that intro. You know the one, written by the great George A. Romero himself.

“Man lives in the sunlit world of what he believes to be reality. But… there is, unseen by most, an underworld, a place that is just as real, but not as brightly lit… a Darkside.”

The dark, sinister lyrics paired with the narrator’s scary voice and the creepy, surreal music was always enough to make my skin crawl. It still does to this day.

While the actual series has its ups and downs, there were still plenty of memorable stories and ideas. One that really stayed with me was an episode entitled The Last Car. The whole episode essentially plays on the notion of purgatory or Hell, where the main character is stuck in a nightmarish train ride taking her straight through an endless abyss.

Now, like I said, the series certainly had plenty of down moments. But that’s what made the possibility of a new show so interesting to me. Can’t you just imagine how great it’d be to have a new season of horror stories which live up to that horrifying intro? I sure can.

And we almost got a new season as son of Stephen King Joe Hill once attempted to pitch a Tales from the Darkside reboot. Until it was rejected. And rejected. Again and again. Leaving Joe Hill with no choice but to release the scripts and get a small comic series made to help please hardcore fans like myself.

But what hardcore fans really want is a new series, right? Especially after Hill revealed that the show wouldn’t just keep its anthology roots, it would build onto an actual mythology, leading viewers into a storyline that actually gives insight into a true Darkside.

Maybe one day we’ll get another Tales from the Darkside interpretation, whether it be a new movie or show. Or maybe we can at least see the pilot episode that was shot in 2015. Only time will tell what comes of the brand, and I hope it’s a shockingly dark return into pure, unfiltered horror. It would surely be a great way to respect the legacies of both the series and its legendary creators.