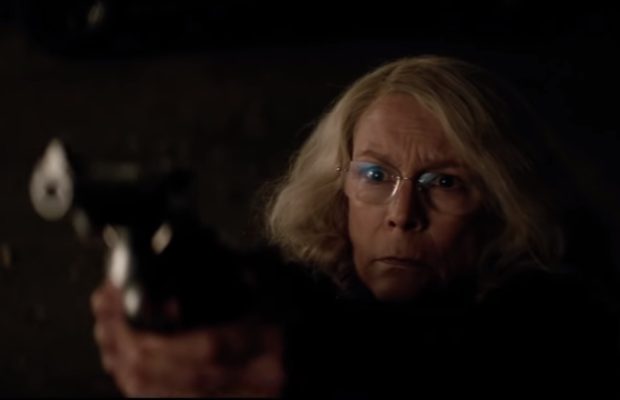 The latest Halloween film looks like it’ll be a great hit for fans of the franchise. Aside from getting to see Michael Myers again, Jamie Lee Curtis will once more be reprising her role as Laurie Strode. Interestingly enough, however, a controversy has targeted the actress. According to Fox News, they believe the actress is going against her moral beliefs for using guns in a movie despite being for gun control in real life.

While it is strange that Jamie Lee Curtis should have to defend their role in a fictional story, she still managed to give quite the response while talking with USA Today.

“It was just silly, because they were trying to make a point without ever asking me what I really think. And what I think might surprise them. I am vocal about common-sense gun safety and gun laws. For instance, I fully support an assault weapon ban, I fully support a bump stock ban. I fully support the Bill of Rights. And fully support the Second Amendment. And have absolutely no problem with people owning firearms if they have been trained, licensed, a background check has been conducted, a pause button has been pushed to give time for that process to take place. And they have to renew their license just like we do with automobiles – which are weapons also.

“They knew that Laurie was going to be someone who used firearms. And I think there were myriad types of firearms that could have been used in the movie. I was very clear with the filmmakers that she used the weapons (that) were intended for self-defense for her and her family. I’m an actress who’s in slasher movies. I have to be responsible for my own personal choices in my own personal life. But I am an actor for hire. And honestly, if I had made my career as a pacifist actor, I would never have worked, ever. But I have always been proud to represent women who fight back and fight back with intelligence, cunning and creativity, and who fight for their lives and their families’ lives.”

She’s absolutely right in that there’s no reason for such controversy. But after all, many great slasher films received controversy. Friday the 13th, Maniac, Silent Night, Deadly Night… and yes, even the original Halloween. If that tells me anything, it’s that this latest installment will live up to the legacies of its respective genres.

How do you feel about the latest controversy? Are you excited to see Jamie Lee Curtis again in Halloween? Let us know in the comments section down below!