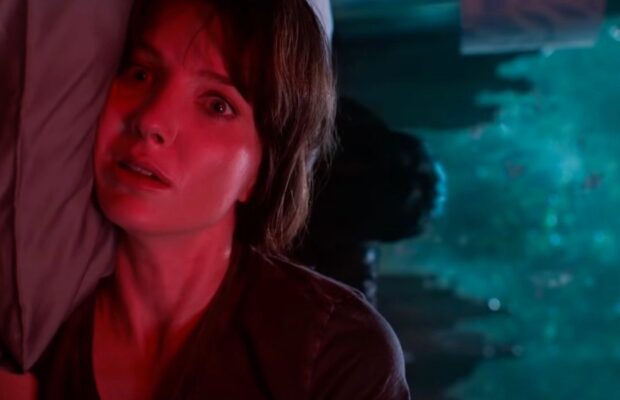 Filmmaker James Wan is often a reason why the horror genre has evolved so much throughout his career. His first indie hit Saw quickly launched its own franchise and series of copycats. He tackled the supernatural horror genre with both Insidious and The Conjuring. Both of which also launched their own respective franchise. Now James Wan has taken the opportunity to direct Malignant – an amalgamation of giallo films and the kind of cult horror classics you’d find in a now nonexistent video store. As a result, James Wan has crafted what’s perhaps his most unique film yet.

Malignant follows Madison Mitchell (Annabelle Wallis) who begins seeing visions of a shadowy murderer. It’s the type of basic premise you’d expect from a mid-1970’s giallo film. But James Wan adds his own modern style of direction to the concept. As a result, the film breaks various molds associated with both the genre and James Wan as a director. It’s as though he mixed things up by using concepts from horror films that Hollywood simply gave up on over the years.

This may be off-putting to moviegoers expecting something more in line with The Conjuring. Although horror fans are still likely to have a blast with the film. Malignant begins at a speedy pace and almost never ceases to stop. At a certain point it begins to feel less like a giallo and more like a frantic episode of Tales from the Crypt.

What’s especially worth pointing out is the film’s antagonist. A vicious killer named Gabriel. He absolutely steals the film in all of his scenes. It shouldn’t take long before he’s recognized as a modern horror icon. The character is both parts repulsive and bad ass. Gabriel represents the trench coat wearing giallo serial killers and the more supernatural 90’s counterparts. It’s a brilliant blend of traits. And perhaps that could be said for Malignant as a whole.

It’s clearly a great time to be a fan of giallo films and 80’s/90’s horror. One can hope that Malignant is the first in an effort to keep the past in mind while also moving the genre forward. Audiences should definitely give it a shot. Especially for its villain Gabriel.

Malignant is currently playing in both theaters and on HBO Max.