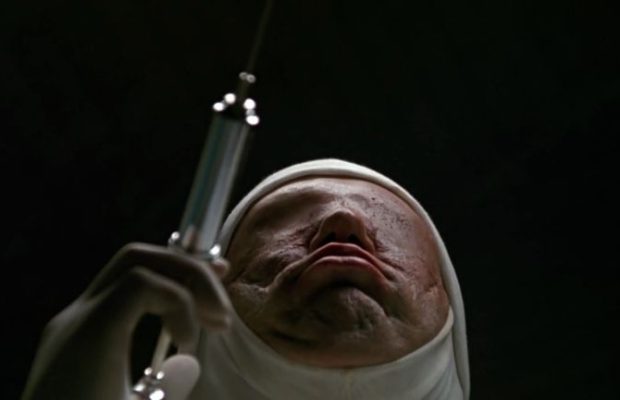 LD Entertainment is remaking the 1990 psychological horror classic Jacob’s Ladder. While it was previously announced for a February 2019 release date, Bloody-Disgusting has been informed the movie will be delayed until sometime later in 2019. The specific date has not yet been revealed.

This could mean either good or bad things for the film. Personally I would guess it’s a sign of good faith, as these earlier months in the year tend to be the dumping ground for bad horror movies. If they choose to wait until October it might mean they have a little more confidence in releasing it during a better season.

The new Jacob’s Ladder will be directed by Brian Rosenthal, from a script penned by Jeff Buhler and Sarah Thorp. Their version focuses on two brothers in a paranoid action thriller set in the modern day.

In the original film which was directed by Adrian Lyne, “…a haunted Vietnam War veteran attempts to discover his past while suffering from a severe case of dissociation. To do so, he must decipher reality and life from his own dreams, delusion, and perception of death.“

It’ll be interesting to see how this remake takes those concepts and applies them to a modern day setting. Our current society has responded to wars much differently than we did in the past with Vietnam, so the possibilities of twisting the original film’s story are endless.

And I think there’s a lot of demand for more crazy and unpredictable horror films. After all, 2017’s IT made crazy horror concepts more popular for the masses. And Twin Peaks: The Return showed how a totally surreal narrative could be told perfectly in today’s filmmaking climate. I say go for it.

How do you feel about LD Entertainment’s remake of Jacob’s Ladder? Do you think Brian Rosenthal will do the original film justice? Or should they just leave the film alone? Let us know in the comments section down below!