How BBC/Netflix’s ‘Dracula’ Miniseries Connects To Past Adaptations 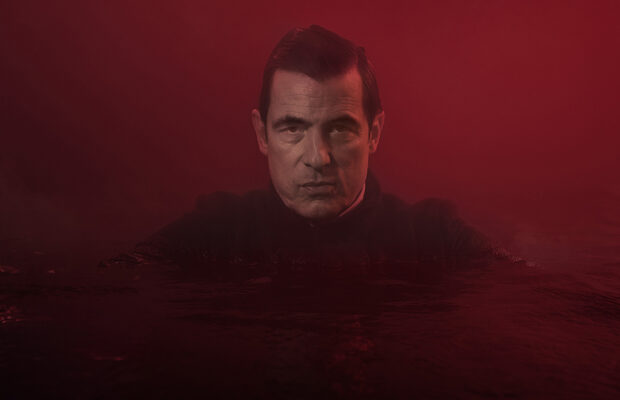 I discovered monsters at a very young age. The very first novel that I remember reading from start to finish was Frankenstein (albeit, an abridged illustrated version, but it still maintained all the complex themes that may have been a bit much for a seven or eight year old). From that point on, I had a strong love for gothic horror. And where Frankenstein and his monster are, Dracula is never far behind. My first real encounter with the Count was when my grandmother taped Dracula, Prince of Darkness off TV for me. Hammer’s colorful blood and emphasized luridness was a far cry from the Universal Monster films that I was familiar with at the time and the sight of Christopher Lee with his fiery red eyes left an immediate impact upon me. From that point on, the Count had joined alongside Frankenstein’s Monster, the Phantom of the Opera, the Wolf Man, the Invisible Man and the Creature from the Black Lagoon in my lineup of monstrous friends. I devoured Stoker’s novel, saw every film version I could and simply would not get enough of it. Everything from the characters to the settings to the strangely evolutionary monster that Dracula himself was (I was fascinated with the idea of metamorphosis at a very young age and the literary Dracula’s ability to change from bat to wolf to even mist was amazing to me) made certain that I would not be forgetting this character at any point in my life. And so here we are on the eve of a new year and with that new year comes a brand-new iteration of the beloved Count via BBC/Netflix’s new Dracula miniseries. 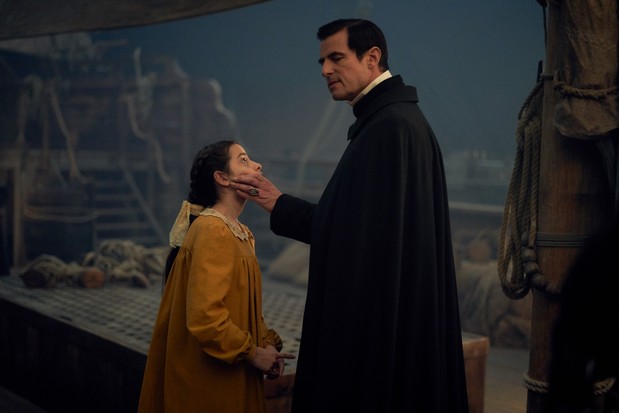 This new version is not an adaptation of Stoker’s novel, but rather a reimagining that puts heavy emphasis on Hammer-esque visuals and reportedly a good dash of gory violence. While purists seem skeptical, this new Dracula miniseries is very exciting for me and I have no doubt that it will be one of 2020’s highlights for me as far as film and television go. With the impending return of fiction’s most famous bloodsucker, we thought we’d delve into the historical locations that connect this new series with some of the Count’s most popular past interpretations.

Let’s start with something that links the new series back to the very first film adaptation of Bram Stoker’s novel: F.W. Murnau’s Nosferatu, the classic German expressionist horror film that introduced movie goers to the film true cinematic vampire. Despite being a silent film, there were few interpretation of the story that scared me more as a kid than this one. I used to have the DVD that came with the Type-O Negative soundtrack and I just remember feeling like I was watching a nightmare. It was the film that taught me just how much more important atmosphere and mood are than anything else when it comes to this particular subgenre of horror. And among the most powerful images in the film is the vampire Count Orlock’s castle, an image that will be gracing the screen again with this new series. The BBC’s series uses the famous Orava Castle in Slovakia as its exterior for Dracula’s castle, just as it was used almost 100 years ago for Murnau’s film. Often considered to be among Slovakia’s most beautiful castles, it perfectly captures everything that we associate with the character and possibly with classic gothic horror in general. It’s situated a top a high rock above a river and while it is quite beautiful, it can look absolutely foreboding at the same time. All one has to do is revisit Murnau’s film and see just how much it can truly look like a vampire’s home. There’s no doubt that Orava will work the same magic for the material that it did back in 1922. Now, the castle was only used for the exterior, but that doesn’t mean any history will be lost when we cut into the interiors either… 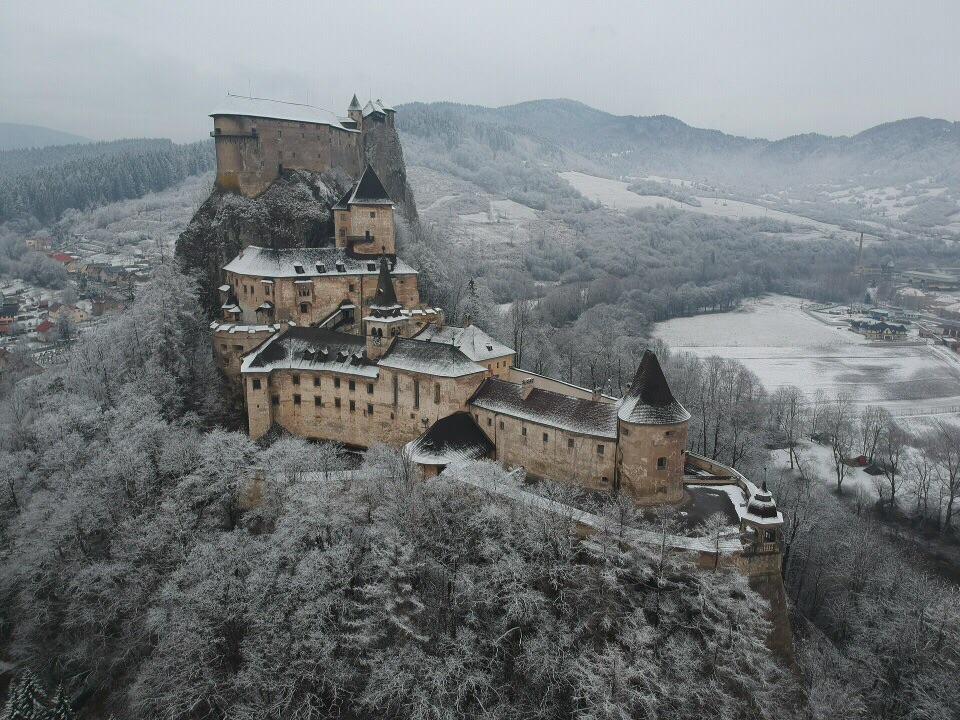 A good portion of the interior scenes were shot at Bray Studios in England, which may not mean much to some but will definitely be of interest to classic horror fans who grew up with Hammer Films. It was at Bray Studios where such classics as The Curse of Frankenstein, Horror of Dracula, Curse of the Werewolf, and many others were shot. While its history isn’t totally rooted in horror, there’s no denying that its greatest contribution to the genre world is being home to Hammer’s famous monsters and madmen. And given co-creator Mark Gatiss’ adoration for Hammer which he’s displayed many times in the past (through his History of Horror doc-series in particular), there’s no doubt that this was something that meant a lot to him. This new Dracula seems to have a very heavy Hammer influence and for this new version of the character to be skulking the same grounds where Christopher Lee and Peter Cushing gave some of their most iconic performances is nothing short of wonderful, especially for this fan whose first exposure to the character was with a Hammer film. 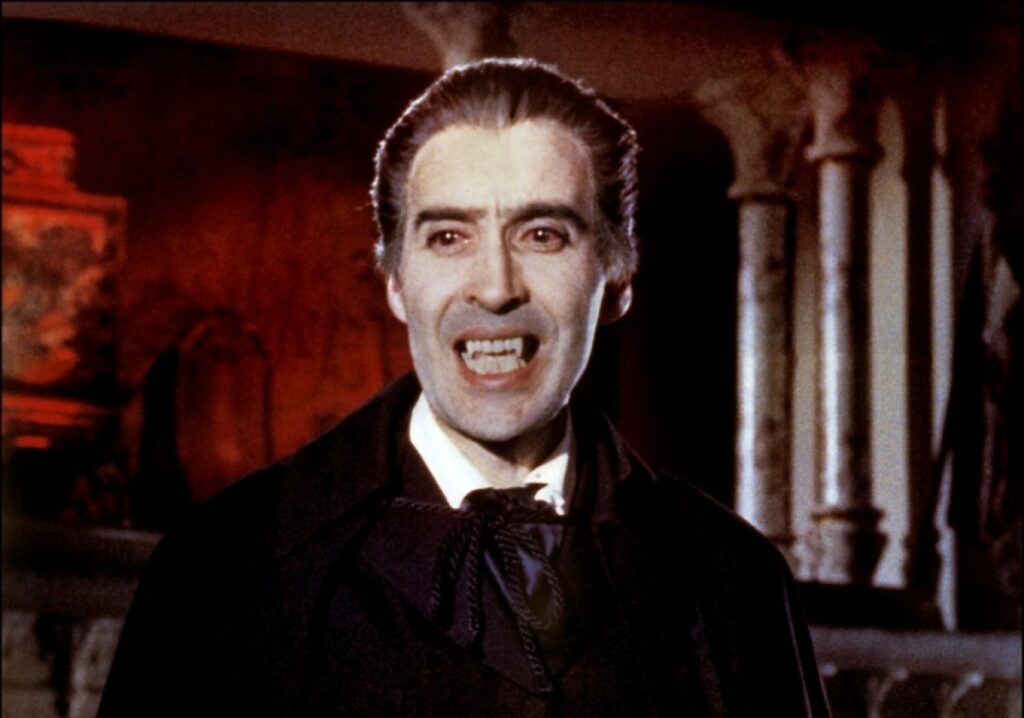 For years I have craved a new version of Dracula that echoed the traditions of the characters and his lore that I love so much, not necessarily in terms of content but in terms of aesthetic and mood. Not only is he once again wearing the high crested black cape and medallion that for too long have been considered silly Halloween costume clichés, but he’ll actually be graced by locations that truly feel like home for fans of the classics.

The new three-part BBC/Netflix Dracula miniseries, created by Mark Gatiss and Steven Moffat, will air on three consecutive nights on January 1, 2, and 3 before receiving a worldwide Netflix release on January 4. It stars Claes Bang in the title role, as well as Dolly Wells, John Heffernan, Morfydd Clark, Jonathan Aris and Mark Gatiss. The episodes are directed by Jonny Campbell, Damon Thomas and Paul McGuigan respectively. Netflix’s description of the Dracula miniseries is as follows:

“The Count Dracula legend transforms with new tales that flesh out the vampire’s gory crimes — and bring his vulnerability into the light.”