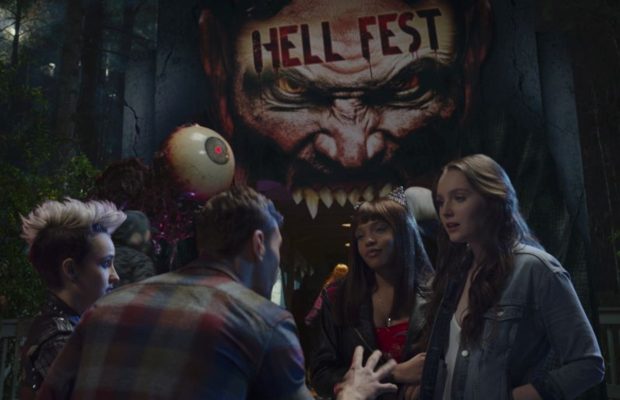 Hell Fest is now available on Digital and On Demand platforms, with plans for a physical home video release on January 8th. While it only made $17 million at the box office, there’s still a lot of potential for the film to make more money on home video.

After all, plenty of slasher and horror movies became cult classics after their theatrical runs. And many of those tended to spawn sequels as well. Because of this, some fans have been curious about whether or not Hell Fest could receive the sequel treatment. The film’s director Gregory Plotkin has finally opened up with Daily Dead about whether or not a sequel is likely to be made.

“I’m not sure the box office was what people were hoping for a sequel,” Plotkin began telling the site.

“Everyone’s been so wonderful from CBS, Lionsgate, Gale [Anne Hurd]. We have a lot of ideas. I think this is a character that we want to explore. I really want to explore Tony Todd’s character [and the fact that] he owns this place more. Tony is just a phenomenal person and a phenomenal actor. He and I had a lot of conversations about it.”

He continued, “And there’s this whole idea of that mask room was kills that [the villain has] done in years past. I have thought through quite a few fun new kills we could employ and some different scenarios. Six or seven years ago, these parks were not as elaborate and intricate as they were today. We have a lot of different geographical locations where we could stage a park. If we’re lucky enough to do it, I would love to. But, unfortunately, it’s not in my hands right now.”

Unfortunately it sounds like nothing is currently happening right now. But straight-to-video sequels are a popular medium for horror movies, so maybe Hell Fest will get some kind of continuation depending on how well the movie does with home video sales.