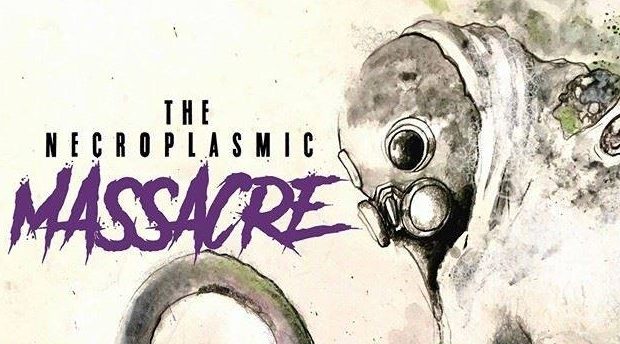 There always seems to be someone complaining that Hollywood has ran out of ideas. They speak like there’s nothing else to watch or support but the latest reboots and remakes. But that’s not true. As of right now, there’s a new horror movie that you can help fund on Indiegogo – The Necroplasmic Massacre! Hopefully you’re a fan of practical effects, gruesome monsters, and iconic genre actors. Because this is one movie you’ll want to see.

According to the plot…

A simple homeless man is transformed into an ever-mutating monstrosity after being exposed to a chemical created by the shady Plasma Plus corporation. When his sister is killed by this monster, Officer Tony Berto sets out on a quest for vengeance that will lead him to face the diabolical head of Plasma Plus himself.

It certainly sounds like the beginning of any great monster story – and this one promises to be “a truly unique horror film”! Personally, I’m a bit burned out on the typical genre fare coming out these days. I wouldn’t say they’re awful movies. But they lack that explosive spark of weirdness and creativity that usually makes horror movies so memorable.

And if there’s anything that I’m getting from the campaign for The Necroplasmic Massacre, it’s that it’ll be weird, creative, and memorable. So what are you waiting for? Check out the available perks!

It only takes the minimum pledge of $5 for a Special Thanks on the film. Plus there’s so many other perks to go along with it! At that price, it’s worth supporting low-budget horror and getting a sweet monster movie in return.

So, what are you waiting for? Now’s your chance to take action and quit complaining about reboots and remakes! Enjoy some concept art from the film below.