Full Moon Features is Releasing Oasis of the Lost Girls 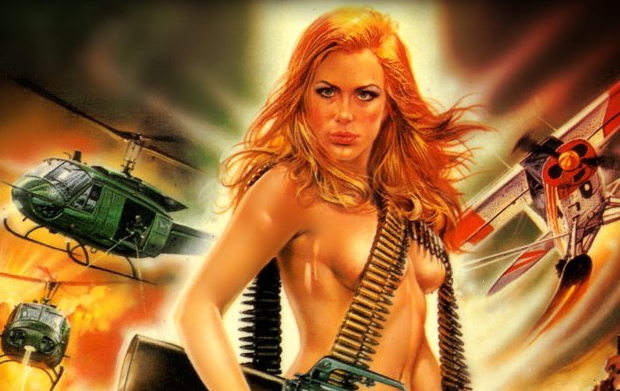 Most horror fans are already familiar with Charles Band’s Full Moon Features; a production company notable for the Puppet Master franchise, Subspecies series, and plenty more. But the company is also well known for distributing obscure exploitation films, an upcoming title of which is sure to please cult film fans and grindhouse lovers. The movie is none other than Eurocine’s graphic, sleazy production Oasis of the Lost Girls! 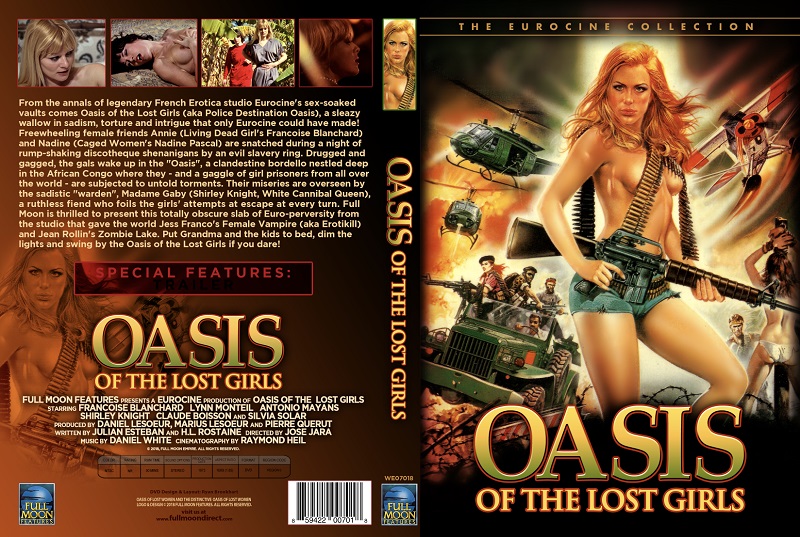 As you can see, the back of the cover describes the motion picture perfectly:

From the annals of legendary French Erotica studio Eurocine’s sex-soaked vaults comes Oasis of the Lost Girls (aka Police Destination Oasis), a sleazy wallow in sadism, torture and intrigue that only Eurocine could have made!

The cover continues to explain the rather sleazy storyline.

Freewheeling female friends Annie (Living Dead Girl’s Francoise Blanchard) and Nadine (Caged Women’s Nadine Pascal) are snatched during a night of rump-shaking discotheque shenanigans by an evil slavery ring. Drugged and gagged, the gals wake up in the “Oasis”, a clandestine bordello nestled deep in the African Congo where they – and a gaggle of girl prisoners from all over the world – are subjected to untold torments. Their miseries are overseen by the sadistic “warden”, Madame Gaby (Shirley Knight, White Cannibal Queen), a ruthless fiend who foils the girls’ attempts at escape at every turn.

The flick is already available to stream on Full Moon’s Exotic Movie House film channel. The DVD will be available from Amazon and Full Moon Direct on May 22, 2018.

As instructed by the case…

Put Grandma and the kids to bed, dim the lights and swing by the Oasis of the Lost Girls if you dare! 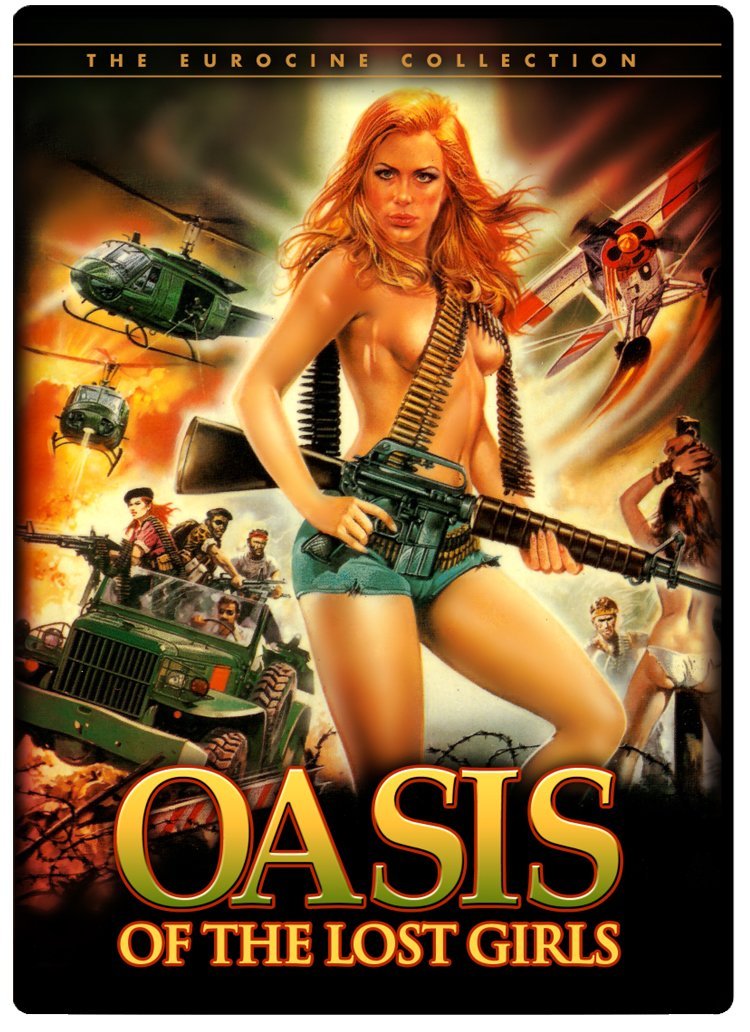