First Trailer Released for ‘Blood Rites of the Vampyr’ 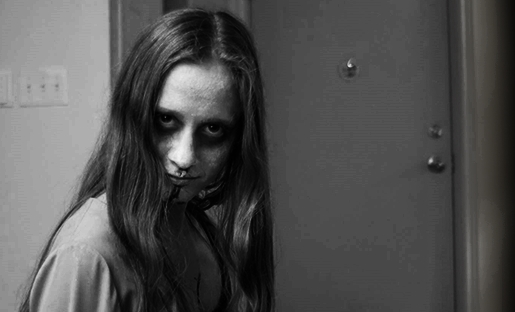 The first trailer has been unleashed for Blood Rites of the Vampyr, the latest film directed by Sébastien Godin. As you can see in the video down below, the film comes from Melting Man Films and Darkslide Pictures and promises a very gothic return to vampire lore. In fact, the movie was shot entirely in black and white – with an emphasis on eerie visuals rather than modern day vampire shenanigans.

The footage suggests a brooding experience, one with a disturbing vampire played by Vicki Bitis and a cast that enhances the surreal experience. In fact, the trailer functions as though the entire narrative is that of a bizarre dream. It’s very ghostly and worth a watch.

You can read a press release for the new film down below.

A young man, tormented by terrible dreams, inadvertently unleashes a primordial vampire who begins spreading death in her wake. A holy man, an expert on the occult and an obsessed detective all find their doomed fates linked to this walking nightmare.

The film, directed by Sébastien Godin and produced by Brendan Petersen, is an homage to both German expressionist cinema from the 20’s as well as the vampire arthouse works of French director Jean Rollin. It stars Vicki Bitis (Dinogore), Tyler Levesque (Slimoids), Luc Bernier (A Blood Story), Steve Kasan (Necropolis: Legion) and Anthony D.P. Mann (Terror of Dracula). It will be made available to its Kickstarter contributors early in 2020 and will have a festival run shortly after.

It’s not often that an independent horror film takes on such a classic interpretation of vampire lore these days, and seeing a crisp and beautifully haunting take like this in black and white is definitely promising. Here’s to seeing the complete cut of Blood Rites of the Vampyr when it’s finally released next year in 2020.

What did you think of the trailer for Blood Rites of the Vampyr? Are you excited to see the new movie and its gothic visuals? Let us know your thoughts in the comments section down below!