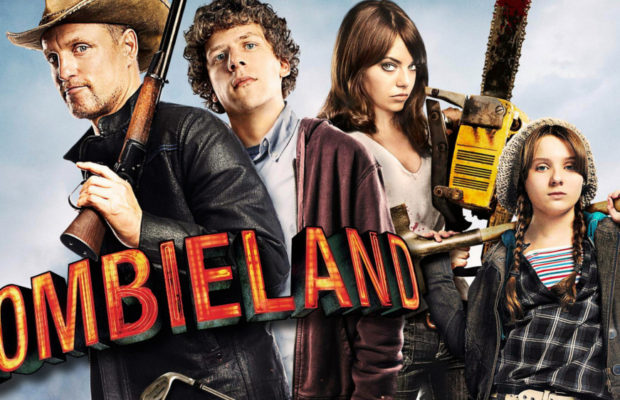 It’s been ten years since Zombieland first hit theaters in 2009. While fans have been waiting a whole decade to receive a sequel, they’ll be happy to hear filming officially begins this week. In order to celebrate this good news, the official Zombieland Twitter account just shared a first look at the new movie. It’s the first official poster for what seems to be titled Zombieland: Double Tap! 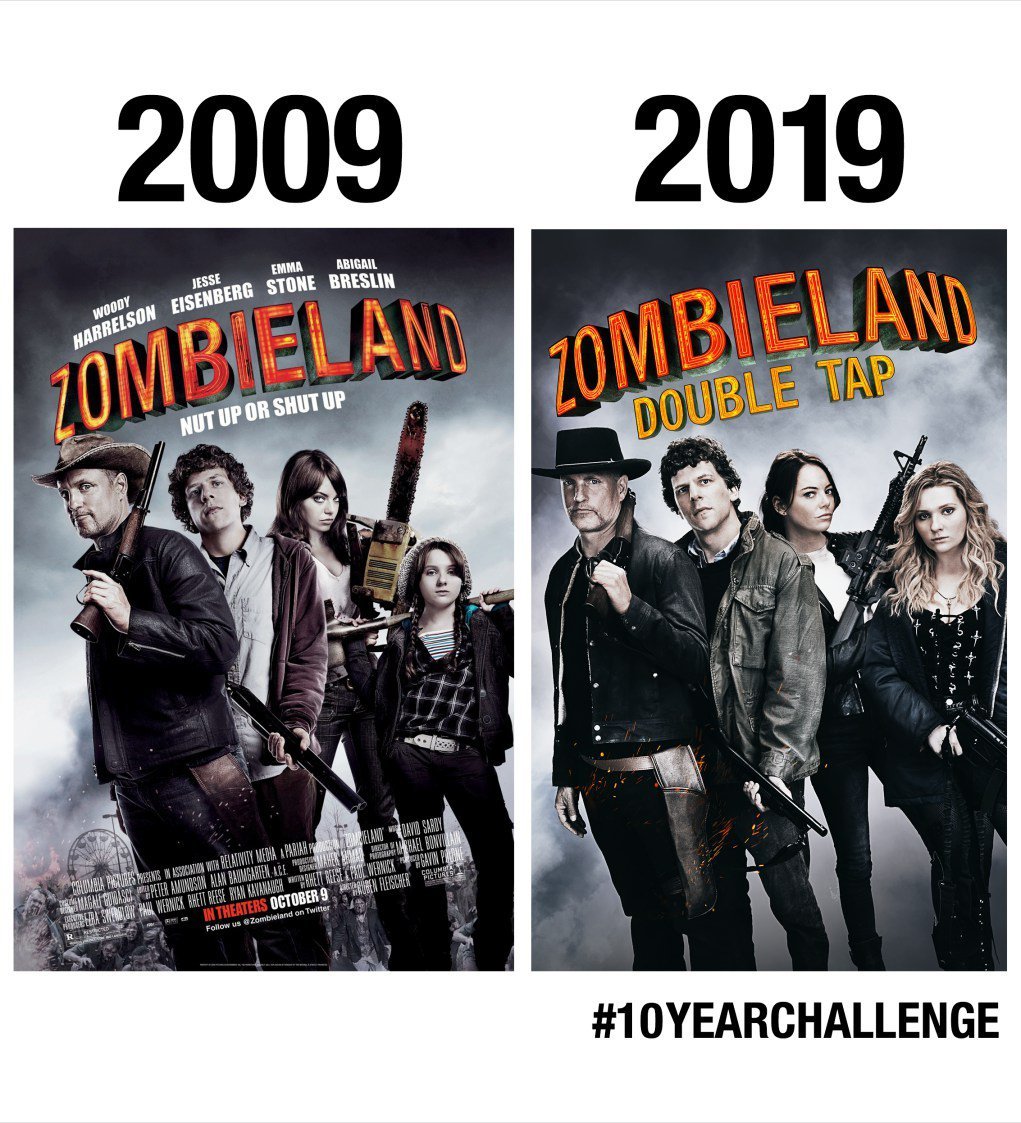 As you can see, it shows the return of Emma Stone, Woody Harrelson, Jesse Eisenberg, and Abigail Breslin. But to have fun with today’s current trends, they used it as an excuse for the #TenYearChallenge. As you can see they beautifully recreated the original film’s poster and it really makes me excited to see what the characters have gone through the last ten years.

While they’re not featured on the new poster, it’s recently been announced that Zoey Deutch, Avan Jogia, and Rosario Dawson will also be starring in Zombieland: Double Tap.

As for the film’s plot…

Columbus, Tallahasse, Wichita, and Little Rock move to the American heartland as they face off against evolved zombies, fellow survivors, and the growing pains of the snarky makeshift family.

If that doesn’t sound like a strong basis for a proper sequel, then I don’t know what else would. It surely sounds like a better plan than the attempt at making an Amazon TV series with a new cast that almost happened a few years ago.

The original writers for the first film Paul Wernick and Rhett Reese returned to write the script. They’ll serve as exec producers while Gavin Polone is also returning to produce the film. Ruben Fleischer will once again direct.

How do you feel about finally getting a sequel? Are you excited for Zombieland: Double Tap? Let us know in the comments section down below!