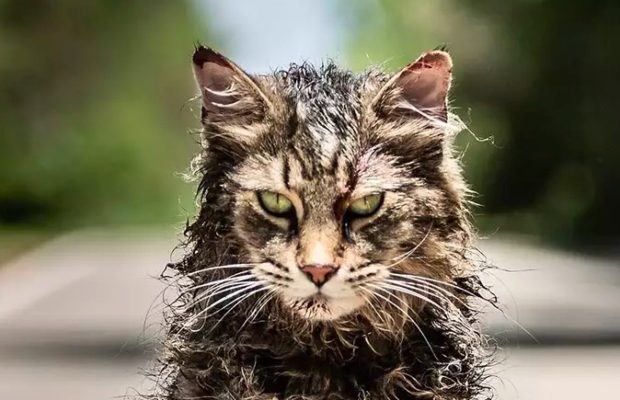 The first trailer for Paramount Pictures’ latest adaptation of Pet Sematary is here! Dennis Widmyer and Kevin Kolsch are the latest to adapt Stephen King’s iconic horror novel to the big screen. The directing duo are best known for creating Starry Eyes, and fans can’t wait to see how they handle one of King’s darkest stories. Now the latest trailer gives us an idea of what to expect.

It’s really fascinating getting to see these old Stephen King stories continue to be referenced and adapted for newer generations. That really shows just how much of an impact King had on the genre and how psychologically relevant his writing is to this day.

In the latest adaptation, written for the screen by Jeff Buhler…

“Based on the seminal horror novel by Stephen King, Pet Sematary follows Dr. Louis Creed (Clarke), who, after relocating with his wife Rachel (Seimetz) and their two young children from Boston to rural Maine, discovers a mysterious burial ground hidden deep in the woods near the family’s new home. When tragedy strikes, Louis turns to his unusual neighbor, Jud Crandall (Lithgow), setting off a perilous chain reaction that unleashes an unfathomable evil with horrific consequences.”

Stephen King’s novel Pet Sematary was previously adapted in 1989. It was followed by one sequel in 1991 titled Pet Sematary Two, which featured Terminator 2’s Edward Furlong in a starring role. Both movies were directed by Mary Lambert.

What did you think of the new trailer? Are you excited to see Pet Sematary? Let us know in the comments section down below!