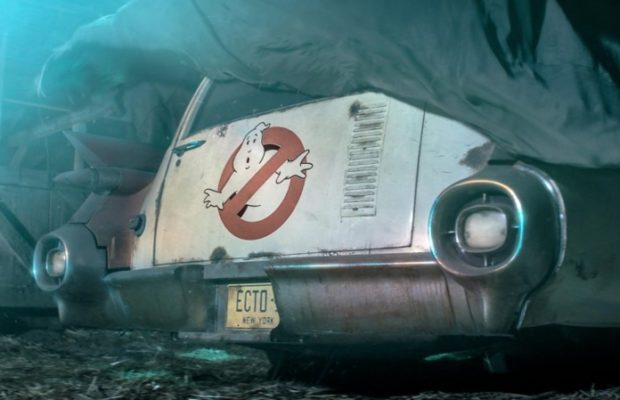 The latest news about Ghostbusters 3 has been surreal to say the least. I’ve waited nearly my whole life for another Ghostbusters movie in the original series. Then in 2016 we received a remake instead and I assumed the original would never get another sequel. Now all of that has changed and to celebrate the news, Sony has already released a Ghostbusters 3 teaser trailer!

Again, it’s truly surreal to see how quickly this project has come together. After literal decades of people trying to force it into fruition, it’s coming together as easily as could be. Hopefully the movie ends up being good because of it. There’s a lot of potential to do a proper Ghostbusters 3 and I think that’s why so many people had problems with the remake. There’s a lot of potential with the older series that still needs to be tapped into.

While there hasn’t been any information on whether or not the original cast will return, we can assume they’ll be included. At the very least we know now the film will include the original Ecto-1 vehicle. And according to this Ghostbusters 3 teaser, the iconic car has been tucked away in storage.

Other than that, the plot seems to deal with a passing of the torch scenario between the original Ghostbusters and what might be a new team of eager young Busters. We can also assume it’s been a long time for the Ghostbusters to be out of service, considering the Ecto-1 appears to be abandoned or stored away in a creepy rural area.

Ivan Reitman’s Montecito Pictures will be producing the film for Sony. Jason Reitman directs from a script written by Ivan Reitman and Gil Kenan. Ghostbusters 3 is expected for a summer 2020 release date.

How do you feel about finally getting Ghostbusters 3? Did you enjoy the Ghostbusters 3 teaser? Let us know on Twitter and in the comments section down below!