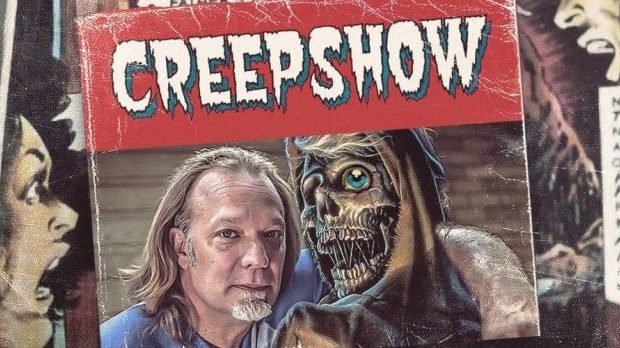 After years of anticipation, Shudder is finally reviving the Creepshow brand with an all-new series. The show is finally starting production in Atlanta, Georgia where director Greg Nicotero will be shooting a handful of episodes for the series.

While there still isn’t a whole lot of information, Production Weekly has revealed some new details on an episode titled “Survivor Type”. In the episode which will be directed by Greg Nicotero…

“Shipwrecked on a desert island, Richard Pine reflects on his life and does the unthinkable in order to survive.”

Survivor Type is based on a short story with the same name from Stephen King’s Skeleton Crew. It’s really exciting getting to see some of King’s material adapted under the Creepshow name again.

Aside from Greg Nicotero, other currently unnamed directors will take part in the series as well. It’s been said that each episode will feature two different segments.

It was previously reported…

“Nicotero stressed that the tone of the series would shift from story-to-story, with some taking a lighthearted comedic approach and others taking a much more frightening path. He also stated that each story would be ‘As long as they need to be’ and that he did not feel any pressure to fit the stories into segments of equal length.”

“Nicotero also revealed that the current plan is to produce digital comics based on each episode, as a potential perk for Shudder subscribers. He also hopes that they are collected into actual comics, which he believes is still the proper way to read comics.”

It certainly sounds like the Creepshow franchise is finally in the right hands once again.

How do you feel about the new Creepshow series? Are you excited to see Survivor Type be one of the many stories to get adapted? Let us know on Twitter and in the comments section down below!