Home / News / ‘Elvira: Mistress of the Dark’ Sequel Being Worked On

‘Elvira: Mistress of the Dark’ Sequel Being Worked On 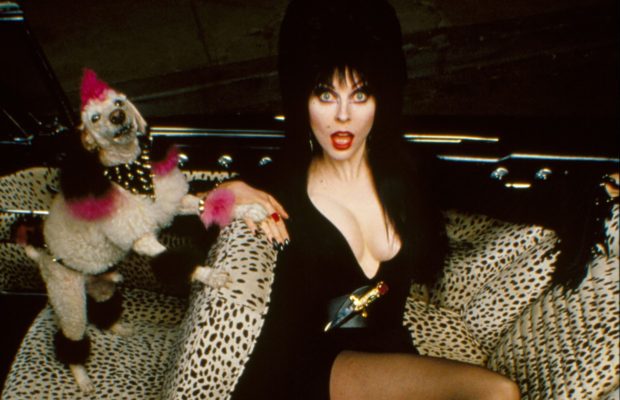 Cassandra Peterson’s Elvira persona is easily one of the most famous horror icons. Her popularity exploded in the 1980’s with her very own movie, Elvira: Mistress of the Dark. Although she did appear in another film titled Elvira’s Haunted Hills, it had nothing to do with the previous film and didn’t quite catch on. Now Peterson is aiming to develop one more Elvira film. She updated her fans with the progress on Instagram.

According to Peterson, who was asked whether or not we could ever see a sequel to 1988’s Elvira: Mistress of the Dark,

“I’m giving this some serious thought. A LOT of people ask this question, so I’m thinking one more… we’ll see!“

It would definitely be cool to see. The original Mistress of the Dark movie reintroduced Elvira as the descendant of witches, and suggested all sorts of supernatural capabilities. I personally thought it was a cool way of adapting her character for film and I’d love to see that variation explored further. Where is this witchy version of Elvira in today’s world? How does she fit in now if she was an outcast way back in the 80’s?

There is always going to be a demand for more nostalgic throwbacks in today’s culture. Especially after the release of Stranger Things, Guardians of the Galaxy, and just about everything else that keeps reminding us of the 80’s. So why not give Elvira another chance? After all, Peewee Herman got another movie with Netflix; and Joe Bob Briggs received a new show on Shudder.

Now I’d call it time to get our girl Elvira back on the screen! I’m sure Netflix or Shudder would be willing to help her too.

What do you think about Cassandra Peterson writing an Elvira: Mistress of the Dark sequel? Do you want to see the character make a return? Let us know in the comments section down below!