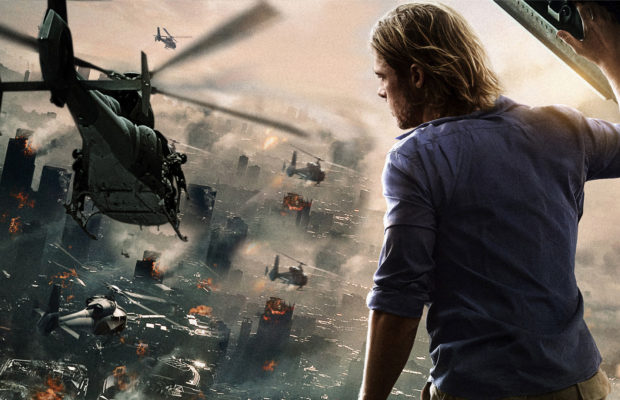 The inevitable World War Z sequel is a lot like its predecessor. They both have been plagued with pre-production issues. But a sequel was always set to happen sooner or later, especially when you look at how much money the first film took in. Now producers Dede Gardner and Jeremy Kleiner are confirming with Variety that the sequel will begin shooting in June of 2019.

If you’re worried about whether or not Brad Pitt is still involved, you’ll be happy to hear he is. Pitt will once again play U.N. investigator Gerry Lane. While the film’s original shoot date was delayed with Pitt working on Quentin Tarantino’s upcoming Once Upon a Time in Mexico, he’s still eager to return to the World War Z universe.

As of right now they’re finishing up the script, which was written by Utopia writer Dennis Kelly. As Jeremy Kleiner explains,

“We’re still working on the script, but he’s done an amazing job and we think it’s gonna be great.”

Hopefully they take the film into a darker, more grisly direction. My biggest problem with the first film is the lack of gore and the PG-13 rating. The zombie genre started out as brutal grindhouse movies, and directors like George Romero or Lucio Fulci became synonymous with the genre. It’s a shame to see it watered down. And speaking of watering down, it wouldn’t hurt if the sequel was a little more like the original book, either.

David Fincher is directing, so hopefully he’ll contribute a fresh perspective. Maybe he’ll be closer to the source material; a sign it might be what fans have wanted since the book’s initial release in 2006.

How do you feel about a World War Z sequel? Would you be excited to see Brad Pitt fighting off zombies once again? Let us know in the comments section down below!