The CW Ordered a Pilot for ‘The Lost Boys’ TV Series 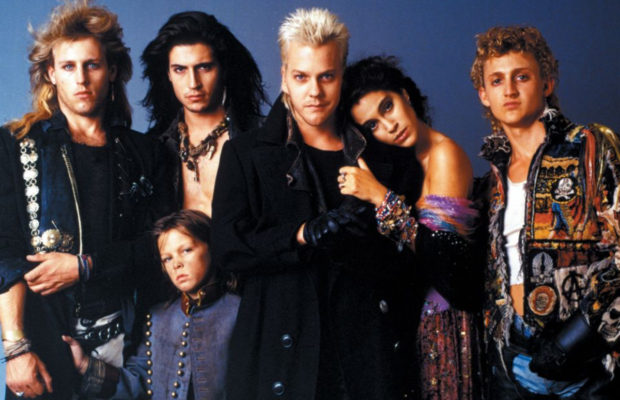 While I would’ve preferred a sequel to Lost Boys: The Thirst with the Frog Brothers back in action, it looks like The CW has finally greenlit the pilot for a Lost Boys TV series. (Unfortunately it doesn’t seem we’ll ever get their Tales from the Darkside series.) The news comes from Deadline who announced the situation.

“The CW originally developed a series adaptation of the iconic 1987 Warner Bros horror comedy movie The Lost Boys with Rob Thomas writing during the 2016-17 development season. While the project didn’t go to pilot, the network brass remained very high on the title and had been looking to redevelop it. While Thomas has been busy with his Veronica Mars reboot for Hulu, a take by writer Heather Mitchell (Scandal, Grey’s Anatomy) got everyone excited, and the new adaptation picked up steam this development season.”

Here’s the logline for the series, which promises a return to the original film’s iconic location of Santa Carla, California…

“Welcome to sunny seaside Santa Carla, home to a beautiful boardwalk, all the cotton candy you can eat…and a secret underworld of vampires.”

“After the sudden death of their father, two brothers move to Santa Carla with their mother, who hopes to start anew in the town where she grew up. But the brothers find themselves drawn deeper and deeper into the seductive world of Santa Carla’s eternally beautiful and youthful undead.”

It’s definitely exciting seeing the Lost Boys franchise receive more activity. But unfortunately I don’t think anyone really wants a remake of the first movie, especially on a channel like The CW where it’ll likely end up being another Vampire Diaries. But who knows? It could end up being worthwhile. Only time will tell.

How do you feel about a Lost Boys TV series? Are you excited? Let us know in the comments section down below!