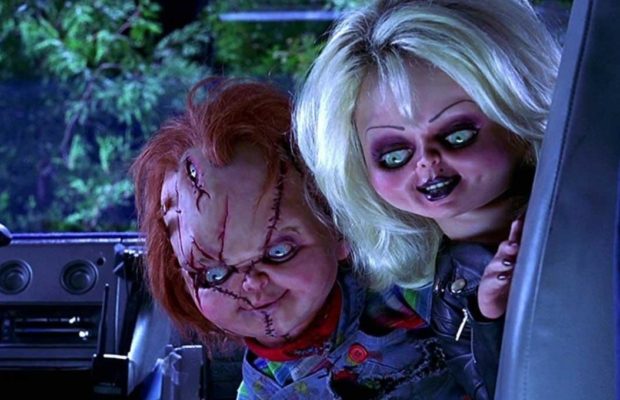 It’s been quiet so far this year regarding the Child’s Play TV series. While the remake has already been shot and quickly put together for its June release date, fans of the original movies have been eager to hear about any updates for the Child’s Play series. Now thanks to Deadline, it’s been revealed that Syfy has picked up the Child’s Play series and Don Mancini collaborator Nick Antosca will be involved. Antosca may be best remembered for working with Mancini on Syfy’s Channel Zero. Both Mancini and Antosca also worked together on the Hannibal TV series.

“I’ve long wanted to bring Chucky to television and Syfy is the perfect network for us,” Mancini said today. “The show will be a fresh take on the franchise, allowing us to explore Chucky’s character with a depth that is uniquely afforded by the television series format, while staying true to the original vision that has terrorized audiences for over three decades now.”

“I worked with Don on Hannibal and on Channel Zero for Syfy, so developing Chucky with UCP really feels like coming home,” said Antosca, who will executive produce. “Syfy is the perfect place to tell the next chapter in the Chucky saga and having the original creative team lead the project will help elevate the story we are excited to tell.”

It really does fit together for Antosca and Mancini to work together, and should allow for a fresh perspective in the Child’s Play series. Hopefully production begins soon and we can get our Chucky fix with Brad Dourif voicing the character not too long after the remake comes out. I know that’s exactly what I’ll be thinking about once the advertising campaign for that film really gets going. And honestly, I think the Child’s Play series will do awesomely on Syfy.

The Child’s Play series will follow and expand upon the continuity for all seven original Child’s Play films, while reuniting past characters from the franchise.