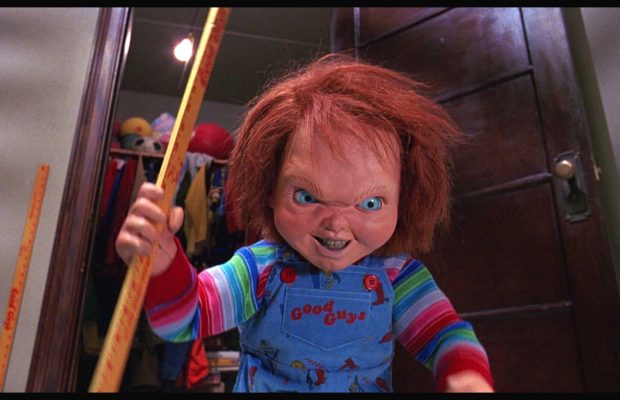 Child’s Play creator Don Mancini recently participated in a Q&A along with producer David Kirschner and star Nick Stabile during a Bride of Chucky screening at Screamfest. The group managed to confirm that their planned Child’s Play TV series is still happening, and will also introduce new characters to the franchise.

“We deliberately ended Cult with a bunch of cliffhangers to set up a TV series,” Mancini said.

“Because there are so many different threads now, television could best accommodate that so that was done intentionally. At the same time, we have a whole new world, a bunch of new characters which we can say nothing about.”

Cult of Chucky certainly did end in a crazy way. Chucky was revealed to be in possession of several dolls and Nica’s body. Andy was trapped in a mental asylum. And both Tiffany and Andy’s foster sister Kyle showed up to make things even more interesting. While some horror franchises choose to ignore certain characters or setups, I give Cult of Chucky respect for trying to bring it all together.

Although they couldn’t reveal too much, David Kirschner did give away a potential story plot that harkens back to the original film.

“The only thing I think we can say is from the original film that Don wrote, Child’s Play, we are playing with that concept again, the idea of child’s play,” Kirschner said. “I’ll let you guys fill in the pieces of that.”

The franchise has adapted every so often based on the times, and now it’s taking the chance to change mediums rather than styles.

“We saw that after seven movies, how can we flip again?” Mancini said. “So this time not by merely changing genre but by changing medium. This will give us a different kind of canvas, a much bigger canvas to explore characters and relationships.”

It’s really great getting to know the original Child’s Play series will continue with its old cast of characters. Although the remake is happening, Don Mancini and friends are making sure Chucky fans are still getting their fix.