Home / News / ‘Are You Afraid of the Dark?’ and More Classic Nick Shows Now on VRV

‘Are You Afraid of the Dark?’ and More Classic Nick Shows Now on VRV 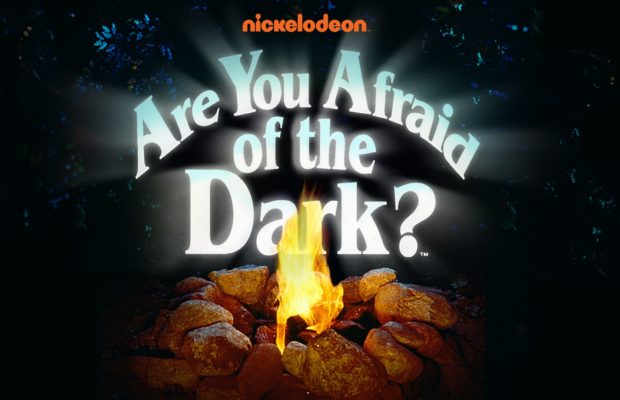 Nickelodeon is perhaps best remembered for its library of shows in the 1990’s. Aside from the animated hits we all know like Doug or Rocko’s Modern Life, Nick made a large impact on young horror fans with Are You Afraid of the Dark?

If you’re unfamiliar with the show, then you’re in for a real treat. The series initially ran from 1992 to 1996, making it older than the more popular Goosebumps series from 1995. It had one more run from 1999 to 2000 before being totally cancelled.

The format of the series was simple – each episode focused on its own story, told by a group of kids labeled The Midnight Society. The segments were presented as campfire stories and retained a darker style than the aforementioned Goosebumps.

If you haven’t seen it, or would like to revisit the classic series, you’ll be happy to know a newer streaming service titled VRV carries Are You Afraid of the Dark? and various other classic Nick shows via their NickSplat channel. You can already watch a portion of NickSplat for free, but it won’t include everything available.

In order to watch the channel in its entirety, you can subscribe to NickSplat by itself for $5.99 per month. Or, if you really want to get your money’s worth, you can subscribe to the whole of VRV for $9.99 per month. A full subscription to VRV includes Shudder, Crunchyroll, Rooster Teeth, NickSplat, Cartoon Hangover, Mondo, Geek & Sundry, Nerdist, CuriosityStream, DramaFever, and many more channels. That’s over $50.00 worth of content a month.

As of right now there’s only 18 series available on NickSplat. This includes Are You Afraid of the Dark?, Aaahh!!! Real Monsters, and also:

* Clarissa Explains It All

* Legends of the Hidden Temple (Movie)

VRV may also bring more shows to NickSplat in the coming months, and you can tell them on their Facebook or Twitter pages what you’d like to see added next.

Related ItemsAre You Afraid of the Dark?FeaturedTickerVRV
← Previous Story ‘Wrong Turn’ is Getting Another Installment – Possibly a Theatrical Reboot
Next Story → David Fincher Shooting ‘World War Z’ Sequel in June 2019