Anne Hathaway is the Grand High Witch in ‘The Witches’ Remake 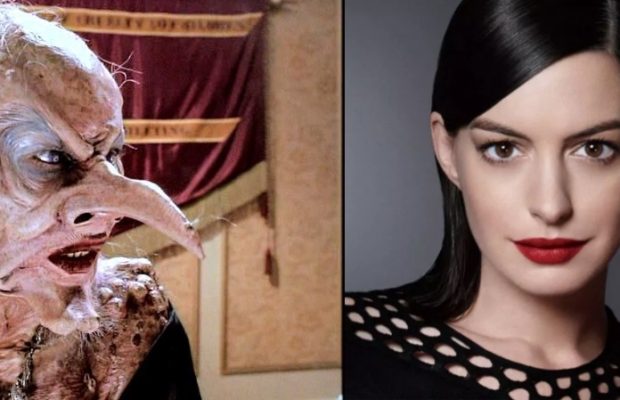 While we’ve already heard rumors that Anne Hathaway could be playing the Grand High Witch in Robert Zemeckis remake of The Witches, it’s now been officially confirmed via Deadline! They’ve also included that “Viola Davis is circling the project as well.”

It’s definitely some exciting news for fans of the 1990 film and its original source material! And as we’ve already heard from director Robert Zemeckis,

“We’re going to set it in the Gothic South in the 1960s. It’s an exciting way to put a sociological spin on this kind of witch story.”

Robert Zemeckis’ The Witches will be a second adaptation of Roald Dahl’s 1973 novel with the same name. The 1990 film The Witches starring Anjelica Huston as the Grand High Witch was the first adaptation. It’s been stated that the new film will be closer to the source material.

There’s certainly some promising potential here. While Huston’s interpretation is undoubtedly iconic, I’m sure Anne Hathaway will own the role just as well. And the new, gothic south setting and 1960’s style should only help her become as memorable and haunting as ever.

Guillermo del Toro and Alfonso Cuaron will be producing the film.

The 1990 film focused on a seven-year-old boy who finds a coven of witches while staying at a British hotel with his grandmother.

Because of the changes with both films, it’ll be interesting to see how that impacts the story when comparing the modern British setting with a gothic south 1960’s setting. But either way I’m sure it’ll lend itself to dozens of fresh ideas and creepy set pieces. And with Zemeckis directing, I’m sure it’ll work out perfectly.

How do you feel about this latest adaptation of The Witches? Are you excited to see Anne Hathaway as the Grand High Witch in this new adaptation? Let us know on Twitter and in the comments section down below!