Amanda Ripley is Returning to ‘ALIEN’ Franchise in a Big Way 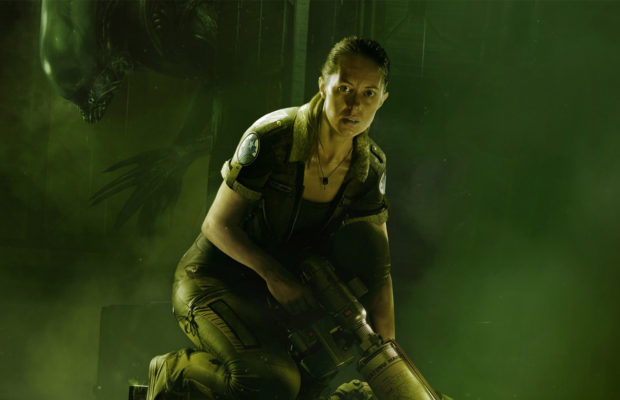 The Alien franchise is in a really weird place right now. There’s prequels, midquels, and spin-offs all over the place. They even tried introducing Ripley and Newt from Aliens into the latest Predator sequel, and I’m still not sure how the hell that’s even possible. But it seems the latest incarnation of the series will once again focus on Amanda Ripley from Alien: Isolation, the daughter of Ellen Ripley.

The character is already confirmed to be returning in Dark Horse’s upcoming comic book series titled Aliens: Resistance. The series is set to be four issues long and expand upon the events from Alien: Isolation. Now it seems the official Alien Twitter account is hinting at what could be the comic series, or something else entirely.

As you can see, the caption reads:

“Daughter. Rebel. Hero. Her story deserves to be told,” followed by the hashtags #Whois, #AmandaRipley, #ReadPlayWatch, #Daughter, #Rebel and #Hero.

Meanwhile the video puts a lot of emphasis on “Read. Play. Watch.” which could mean so many different things. Obviously the first part must allude to the comic book series. But the other two? Does “Play” imply Amanda Ripley will be part of the rumored Alien: Blackout game? And could we be seeing an Alien TV series or new movie?

The possibilities truly are endless. Hopefully whatever they’re alluding to doesn’t end up a jumbled mess, however. Alien: Covenant and The Predator haven’t exactly put much faith in fans for the respective franchises. But let’s hope they’re going to make things right with Amanda Ripley’s story.

What do you think the Twitter account could be hinting at? Do you think we can expect Amanda Ripley to return to the Alien franchise in more than just the upcoming comic book series? Let us know in the comments section down below!